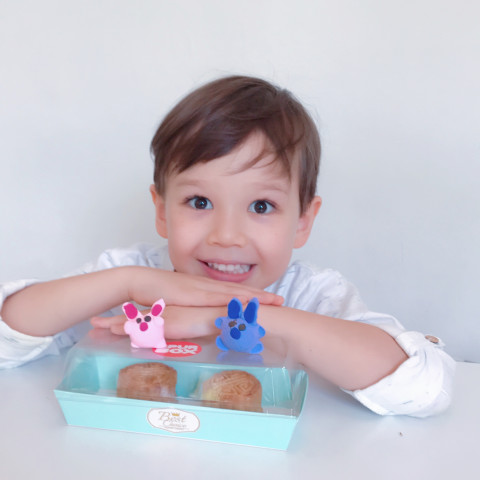 How pleased does Hunter look?!

We had a really lovely Saturday morning, filled with craft work and story telling. Spurbox is currently having a popup at Cluny Court and it is well worth a visit if your kid is between 4 and 8 years old IMHO.

Psssst! Don’t forget there’s a giveaway for FIVE free tickets for this! 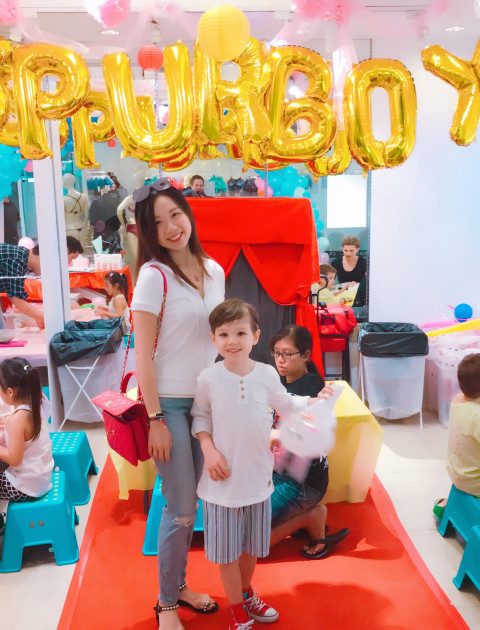 So this is the little popup space (previously owned by a jewelry store) that Spurbox has at Cluny Court. It’s quite cramped, so they only take in a handful of kids at a time.. you’d best book in advance!

It’s bright, it’s colourful, and it’s definitely eye catching. I heard two little kids ask their mums to go check it out as they were wandering past! 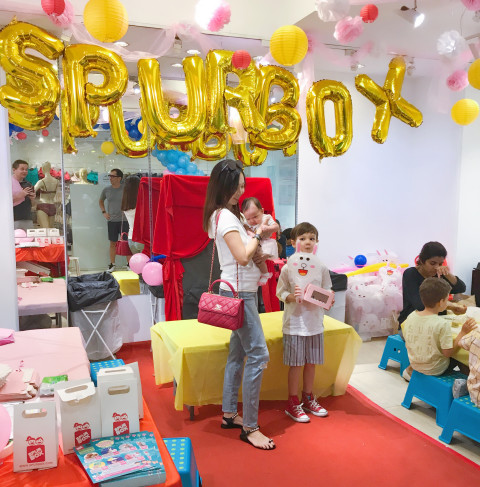 And in the centre (yellow table) is where the Storytelling happens. The kids sit on the red carpet to watch the puppet show. 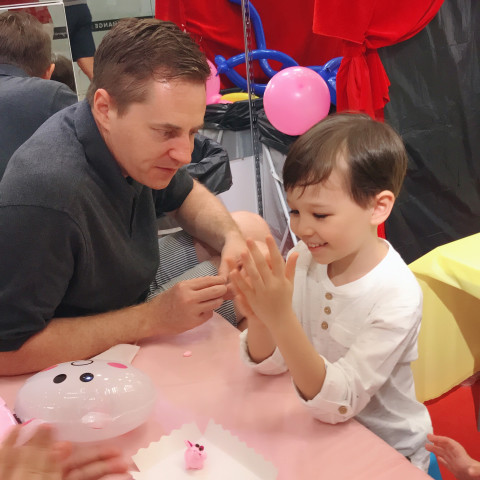 Hunter’s favourite activity was the Clay Bunnies. He thought they were adorable! It uses air clay, which is safe and non toxic for little kids. The teacher was friendly and patient with Hunter, and he was really pleased he made his own little bunnies. Did I already say they are super cute?! 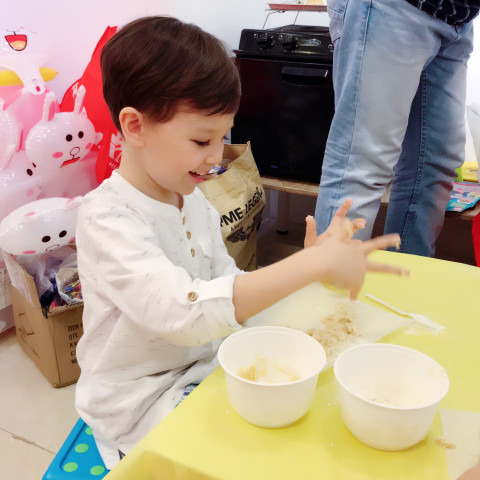 If your kid likes getting their hands dirty, they’ll love Mooncake making. Hunter blanched at first, at the thought of getting his fingers sticky. But then he got the hang of it and was really proud that his mooncakes turned out the best (well… he WAS the oldest kid there at the table!). 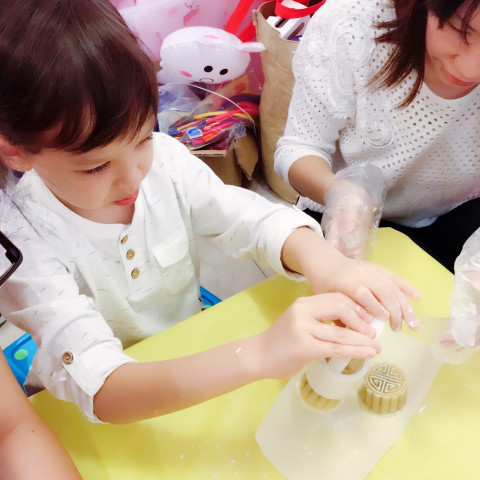 Pressing his own mooncake into the mold. They then bake for 15 mins, and man, they’re pretty delicious eaten fresh out of the oven! 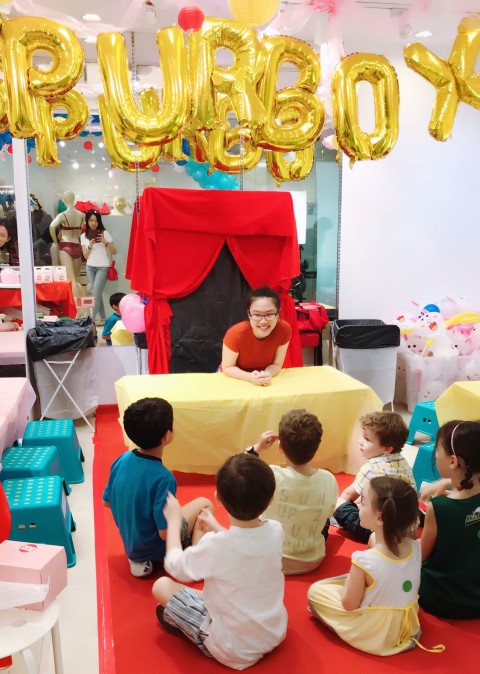 Storytelling time, which goes for about 30 mins. I got the chance to have a power shop around Cluny Court during this time.. so this is MY favourite activity – haha! 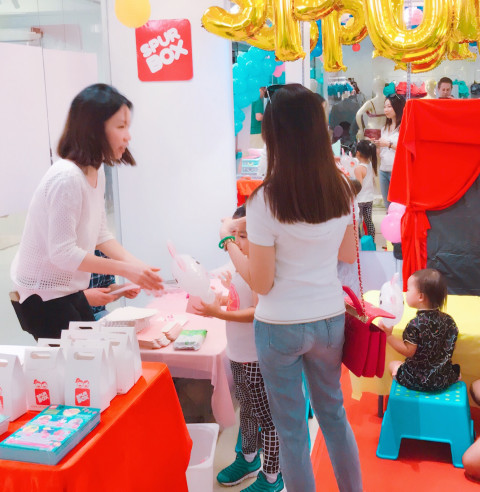 Me interrogating Spurbox on what programs they have. They offer various kids baking and crafting activities, as well as help throw birthday parties for kids. I was really interested since their prices are super reasonable. Hmmmm…. *idea* for my kids’ birthdays! 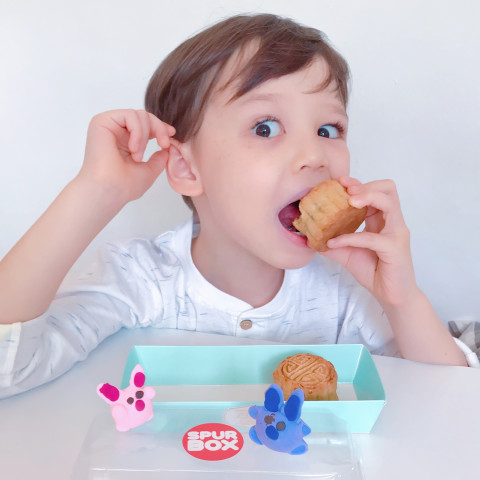 Hunter chowing down on his mooncakes. And you’ll see the little clay bunnies he made. Pretty decent job right?! Though he was self-critical and frowned at the blue/purple bunny…. declaring “it looks more like a Pokemon animal than a bunny.” 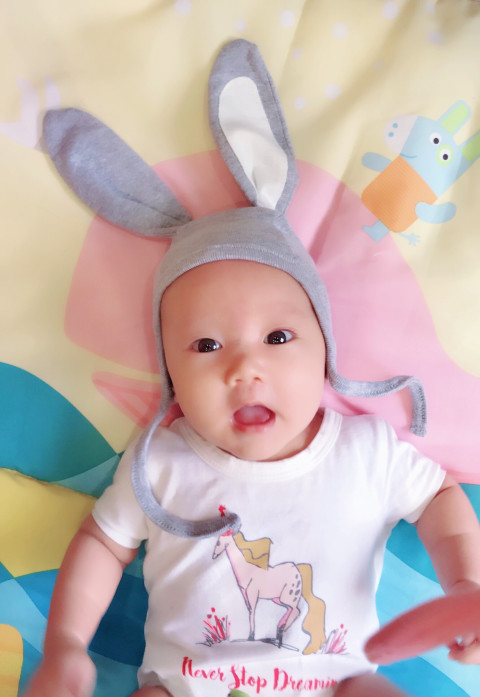 My own lil bunny rabbit! And, yes, I am known for putting all 3 of my babies in silly little hats. I find hats adorable and I might as well go for it before they grow up and refuse to, right?!

Anyway, do drop into Cluny Court this month if you’re keen for your kid to partake in these activities. Or, you can win a ticket!