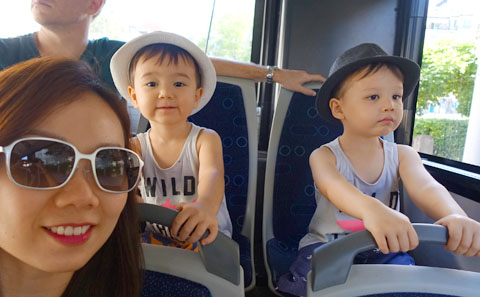 Actually, Singapore has a world-class super awesome zoo. The only problem? It’s DAMN hot there. I can’t survive more than five seconds without sweating like a pig and cursing and swearing at the humidity. #firstworldproblems 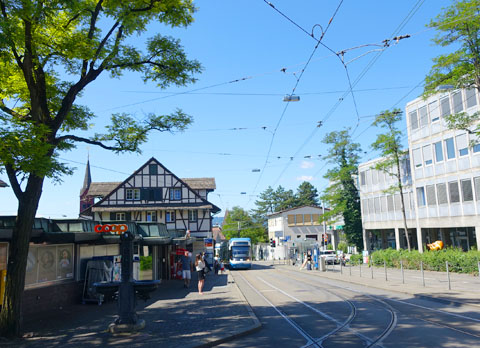 But in Switzerland, everything just seems…. nicer! It was actually incredibly hot too – the same temperature as Singapore. But it didn’t seem as bad, as the humidity is far lower. So whilst it’s burning hot under the sun, it’s actually pretty cool under the shade.

A lot of the animals are situated indoors in the Zurich zoo. We realised why – it’s mostly cool in Switzerland, and most of these animals wouldn’t survive a day in Winter!

The kids were pretty fascinated with the gorilla (bottom left pic) breastfeeding her baby. I thought it was a pretty sweet sight… until they pointed out “That’s looks like you, Mummy!”.

I don’t even know how to respond to that. 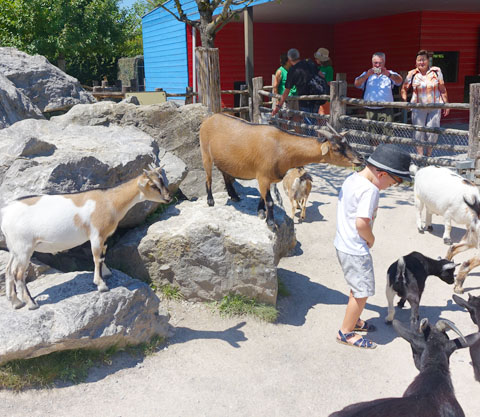 Hunter was the main attraction among this herd of frisky goats. There was much nuzzing and nibbling going on there! 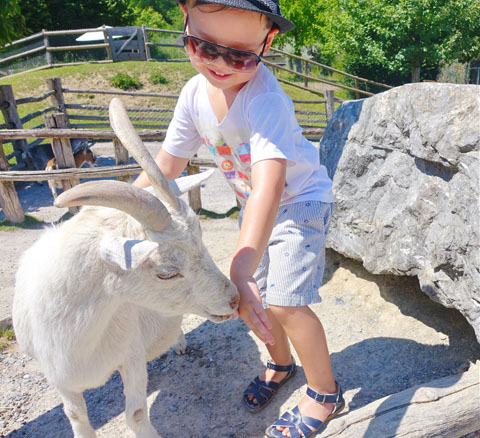 A white goat that took his fancy. The attraction was mutual, with Hunter getting goat-y kisses and licks for ages! 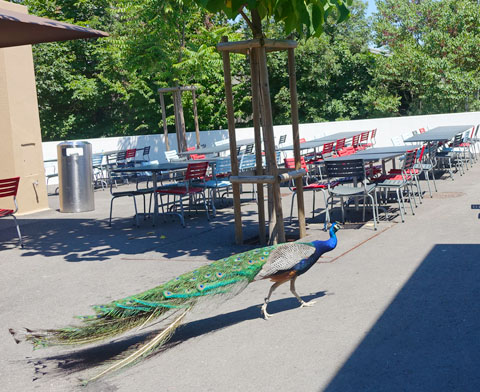 I was particularly taken by this peacock. I love peacocks. Pity this one didn’t fan out his massive tail and show off all his colours – it’d have been gorgeous. 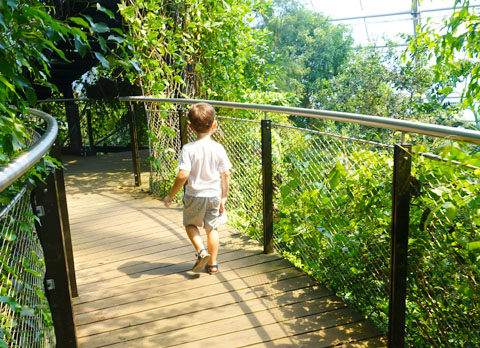 We went to the rainforest dome which was massive, and also a really bad idea. It was, obviously, swelteringly hot and humid inside. In fact, it felt like we were right back in Singapore! Needless to say, I scuttled out of there pretty quickly.

The kids had so much fun the whole day – as evidenced. They did this all on their own accord, then asked me to take a photo! Should’ve gotten Chris in there as well 😉

Previous “THE HILLS ARE ALIIIIIIVE”
Next SWITZERLAND: Popping into Germany via Lake Constance