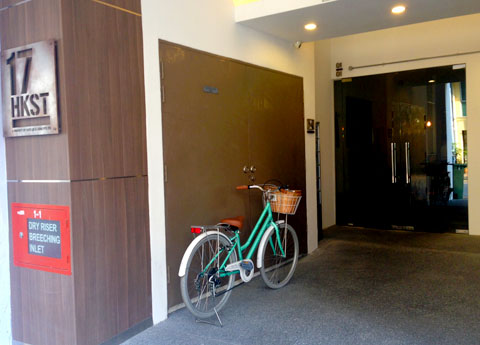 Tucked away in an alcove sits Ronin Cafe, which is so nondescript it’s easy to walk past it. And yet, it’s a hot lil cafe among the office workers as well as those that love their coffee. Oddly, in this day and age of social media, Ronin Cafe also have no Facebook page… and not even a phone number! 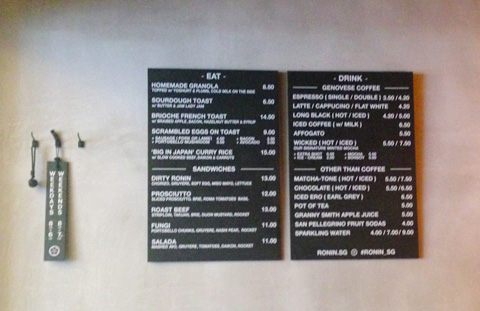 In fact, Ronin Cafe didn’t even have a menu to view up until very recently. Prior to this, staff just verbally dished out the menu.

I like it much better now that there’s a menu to look at 😉 The menu is not extensive, but what they do, they do well. 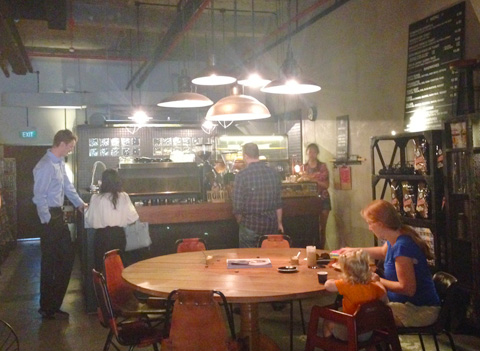 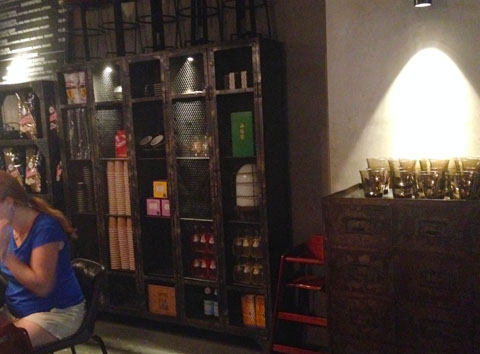 The decor is all about industrial chic, complete with dimmed lighting, dark browns, and weathered chairs and tables. Incidentally, Ronin Cafe is owned by the same folk that own The Plain and The Bravery. 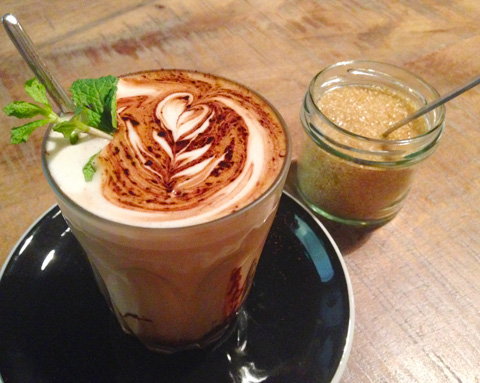 Here’s the thing, I almost never, ever drink mocha. But, the lovely waiter convinced me to try their Wicked Mocha ($5.50), and I was sold. The petite cup is just piping hot goodness, with the rich taste of chocolate (I’m often greeted with some nasty powdery mocha if I dare to order it at other cafes), punched through with the sharpness of mint. It’s pretty awesome. 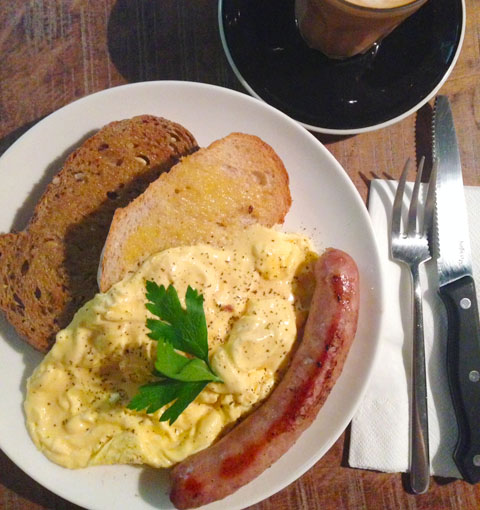 After years of brunching out every. single. day. (yes I know, #firstworldproblems!), I’ve developed a bit of an adversity the Big Breakfast type concept, and especially for eggs. But, I was convinced to try out their Scrambled eggs ($9) with a hand made sausage ($4.50).

Boy I was glad I did! The scrambled eggs is exceedingly c-r-e-a-m-y… by far the softest and creamiest I’ve had in Singapore. It was down right awesome. It was also downright unhealthy, as I could tell it contained a ludicrous amount of cream and butter to achieve that texture and flavour 😉 But who cares? It was awesome!

I liked how it was served with a multi-grain toast, and a white toast. With lashings of salted butter.

The sausage was really pricey, IMHO. I wouldn’t get it again, or if I did, I’d make sure to share it with my dining companion. It was too big and I felt like I was eating more sausage than I was the rest of the dish!

I thoroughly enjoyed my time at Ronin Cafe, and would go back in a heart beat. Only downside to it is that there is no free wifi there, and 3G reception is not available (no idea why, are the walls made of solid lead or something?!). So don’t expect to go there and use your phone/computer much….