Hunter and Carter attended Julia Gabriel’s holiday programme last week. I figured it’d be a fun daily activity (the adult-accompanied classes run 1.5-2hrs daily for a week) for both of them, and they’d meet new friends and learn how to deal with a new environment.

What I didn’t expect was how much they’d LOVE it. Especially Hunter!!

With Carter, I wasn’t worried as he’s highly adaptable and pretty easy going. I knew he’d be fine. But with Hunter, I’d expected the worst.. he generally doesn’t deal well with new situations or people, and really clams himself shut (at best) or has terrible tantrums (at worst). So I was full of trepidation when we arrived on the first day.

I was astonished when he immediately took to the place, and had a blast! Partly due to the fact that one of his teachers was a guy, and I’ve noticed Hunter really gravitates and attaches to male teachers. He just loooooved the classes, and would look forward to it each day. It also helped that one of his best girl friends was also there. Now that the holiday programme is over, he actually still keeps asking for his favourite teacher and asking when he’ll be going back to Julia Gabriel…

On Friday, the last of the five days, they threw a birthday party for Rainbow Bear (who was the guest of honour for the week). Most of the party was situated in the common area, and all the various classes were combined. I was nervous because I wasn’t sure how both kids would react to a LOT of noise, a LOT of people, and a LOT of craziness!!

Carter was a little shell-shocked but was generally fine and enjoyed himself, clapping his hands and such.

Hunter….. this crazy kid Hunter….. he was OFF HIS ROCKET!! I have never seen him like this. Ever. He became the world’s biggest show pony, prancing around on stage in front of everyone, and dancing his head off. This had my jaw on the ground, because he is simply NOT that kind of kid. Not the sort that will perform in front of so many people. It was like someone replaced my introverted death-starey kid with some sort of OTT party animal. It was surreal. 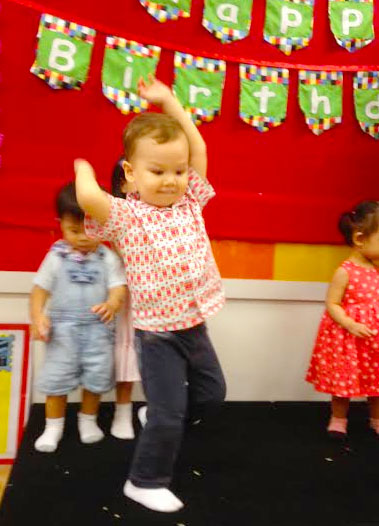 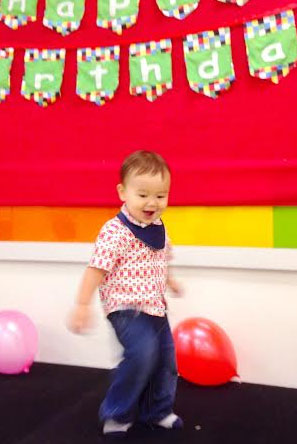 Hunter and his gf dancing together on stage
httpv://www.youtube.com/watch?v=OgbUnNoxxbo 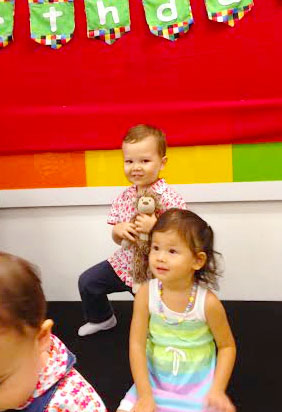 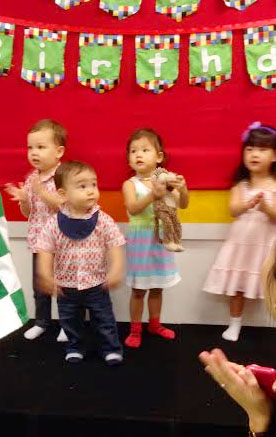 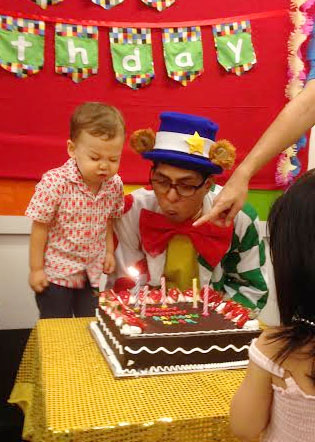 The kids had party time in their classrooms, with loads of party food, toys, and even a tattoo station! Out of our 3 kids, only Carter (the youngest one) would do it. Go figure. 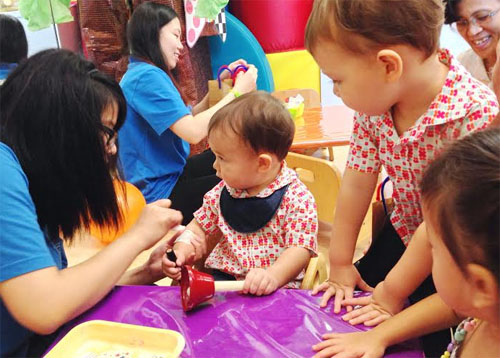 All tuckered out, the kids were sent home with a goody bag each. I kept the goody bags because looking at them brings back fond memories that make me smile. I just thought it’d be a regular holiday programme, and was so surprised to have both kids fall in love with it.

I hope this concept of checking-out-new-places and meeting-new-people sticks with the kids, and they see it as a really positive thing! 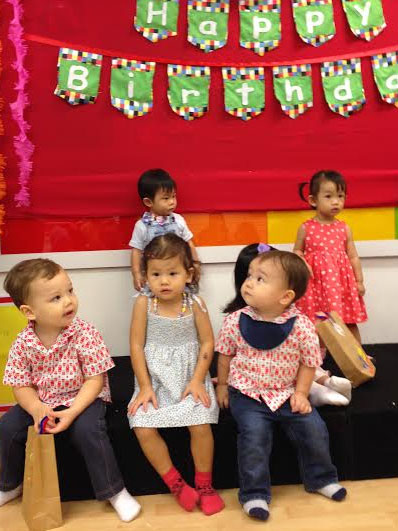