Hunter’s now ten months into starting Primary One. I’d watched friends’ children start Primary School one by one, and seen how the whole family had to shift their routine. It’s particularly a big deal in Singapore, IMHO, because the education system is really intense. From a staggering number of kids in a class (around 30!), to the reduced attention (only 1 teacher), to the pace of work (and it only picks up from here!)… it’s not hard to see why parents get pretty anxious.

From the child’s perspective, starting formal school is a huge change for a 7-year old kid – in every way. No longer enjoying specialised attention in a fully air-conditioned preschool, Hunter got a bit of a shock when he entered Primary One and EVERYTHING was different.

Making new friends – he’s a social kid, and a really chatty one at that.

Learning new things – I’m really happy he listed this, since that’s the entire point of school, no? He particularly adores Computing and Maths, and pretty much lives for those classes on his timetable.

The early mornings – he wakes at 6:15am and, despite sleeping by 7:30pm every night, is still pretty despondent that it’s “so early”.

The intensity of homework – it’s not so much the volume (which is tolerable), but the little tests, the presentations, the weekly spelling, the fact that every scrap of homework is mandatory. 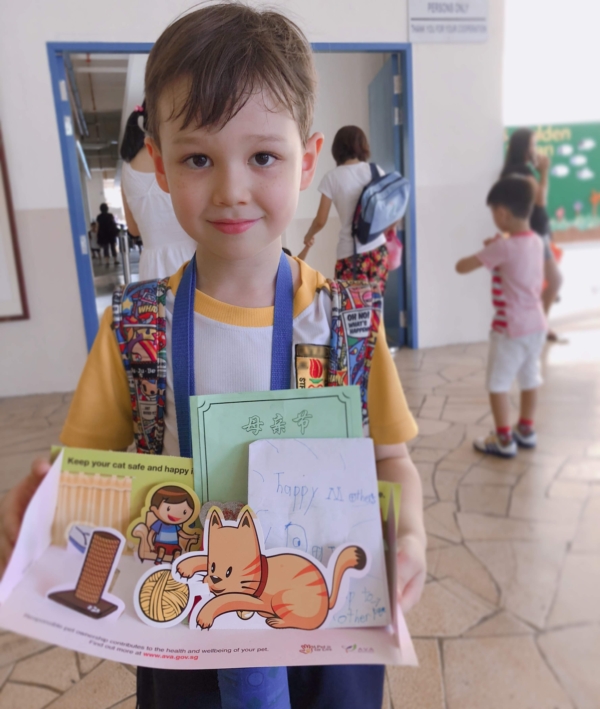 He still happily goes to Primary school every morning, but I know how much it drains him. I pick him up from school every afternoon and he looks worn out. Sweaty, disheveled, exhausted. 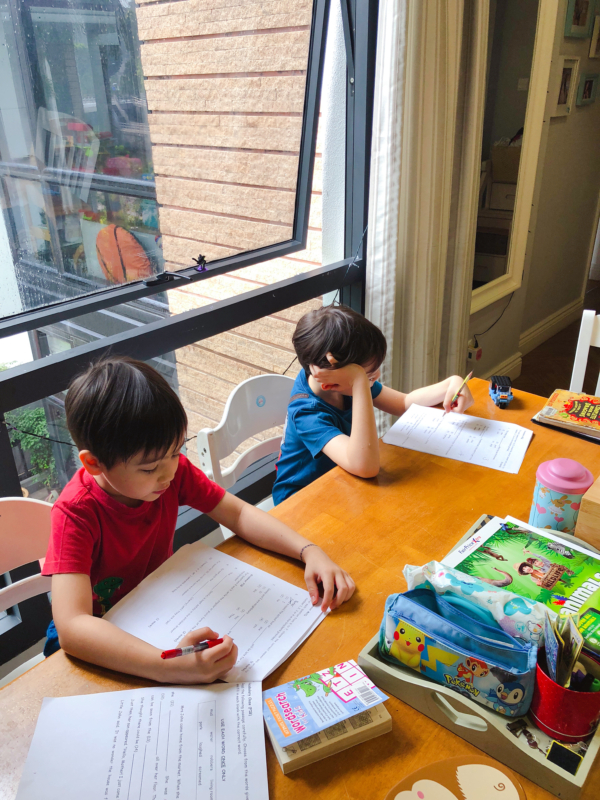 And the poor kid still has to get his homework done, after a (very late) lunch after school! It’s intense – for Hunter and for us as parents. I often get the ‘ol “I’m sooo tired, Mum” and “Can I go play yet?”

Hunter does get a solid 11hours sleep a day, and has sufficient time to play with toys and/or some outdoor activity, so the main thing I focus on is his nutrition.

Hunter is a picky eater. By this, I mean he favors really healthy food – that’s the good part. The bad part is.. he’s mostly ambivalent toward food during mealtimes. I swear the kid would be happy surviving on fresh air and sunshine.

So to give his nutrition a bit of a boost, he has multivitamins and Omega 3 every day. On top of that, I give him a bottle of BRAND’S® AlphaMynd Essence of Chicken with Vitamin B Complex, which I feel gives him an extra perk of brain power and energy. Better to get more done in less time, and have more time for FUN, right?! 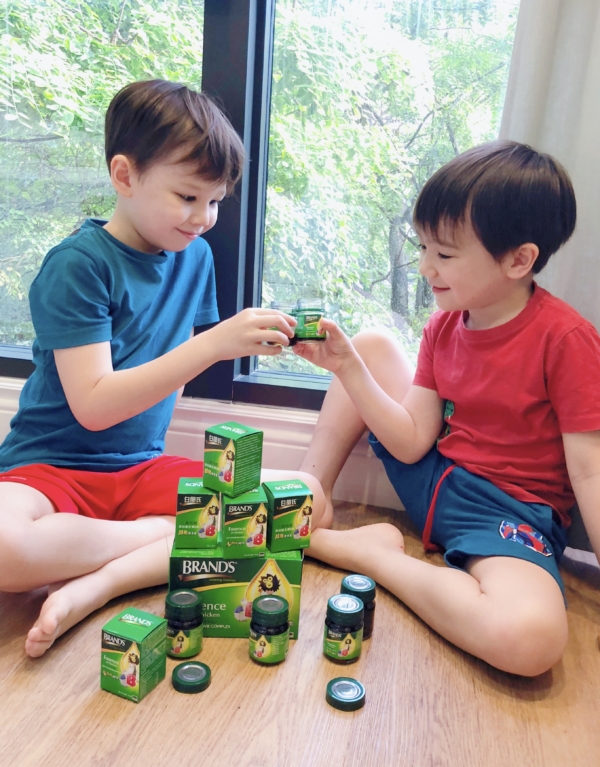 It actually brings back memories for me when I was a child… my Mum – a firm believer in Brand’s Chicken Essence – gave me a glass bottle to drink every so often, especially when it was exam time or when I was run-down/sick.

So it’s kind of fitting that I now give my kids Brand’s too!

My Mum first bought my kids a box of BRAND’S® AlphaMynd about a year ago, and they’ve been having it on and off ever since. They were really curious when I first presented them the glass bottle, so here’s a quick Q&A for curious kids!

Not like chicken, contrary to popular belief! It tastes a bit like mild soy (ie. a bit salty, a bit umami), and if you’ve had Bovril or Marmite or Vegemite, you’ll know what I mean.

How is BRAND’S® AlphaMynd made? Is it really chicken?

The chicken (minus head and internal organs) is ground and cooked at a specific temperature and pressure. 100% of the fat is then removed via centrifugal force. So it’s LITERALLY the essence of chicken. You can read about the process here.

BRAND’s Essence of Chicken was invented in UK by the chef of King George IV. It then arrived in SG/Asia during WWII. 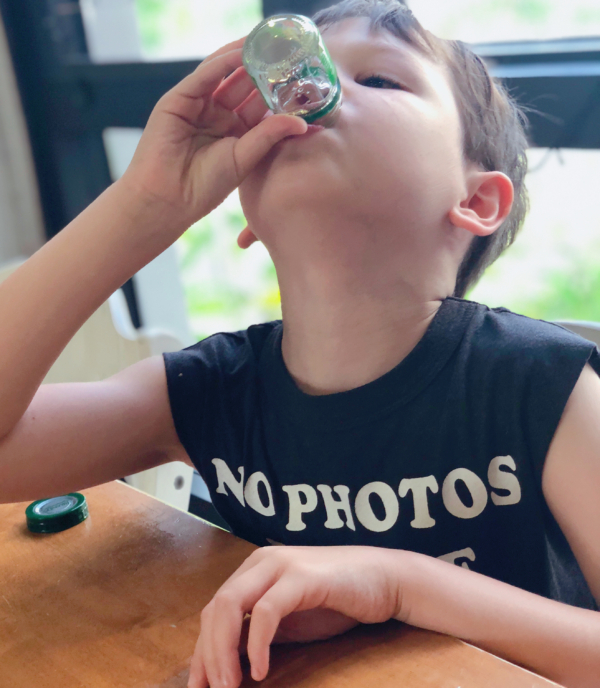 For me, I like my kids to drink a bottle when they come home from school, as that’s when their energy is at the lowest and yet there’s so much to get done.

How do they react to the taste? Well, they call it “salty water” and don’t adore the taste (ie. not like the way they yearn for ice cream). They will, however, take it in one big gulp when I give it to them, because they’re sold on the fact that “it gives me energy and feel it will help them do better (and faster) at school and homework.

Here’s a video of them… bottoms up! 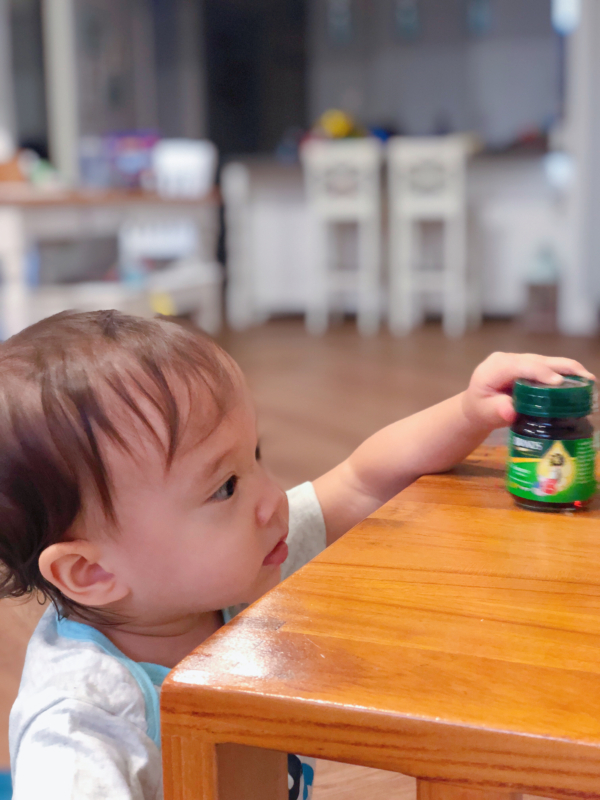 Baby Chloe always watches them drinking it, and because she has FOMO, she often grabs and licks the cap! (but not drink the whole bottle, since it’s suitable for children 2 years and up). 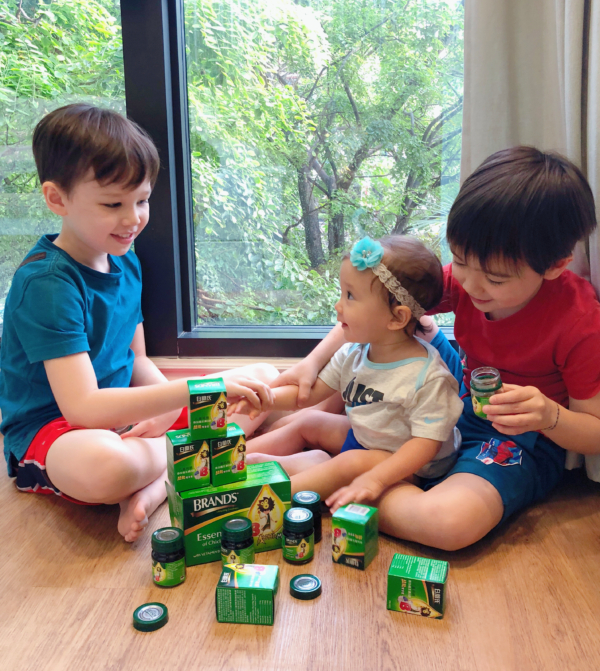 I’d recommend BRAND’S® AlphaMynd Essence of Chicken with Vitamin B Complex you’re interested in supplementing your primary schooler with additional nutrition and vitamins, and to give them a much-needed boost of energy from the daily rigours of school and homework.

Better to give them an energy boost so they can WORK HARD, PLAY HARDER, right?! 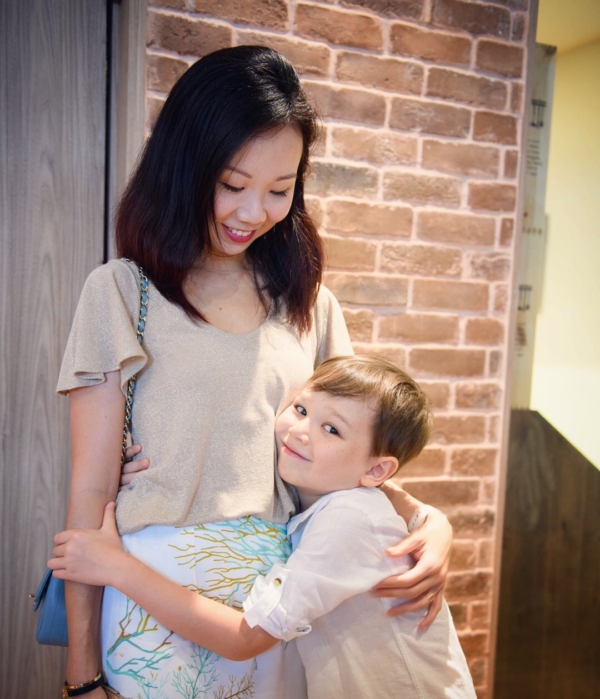