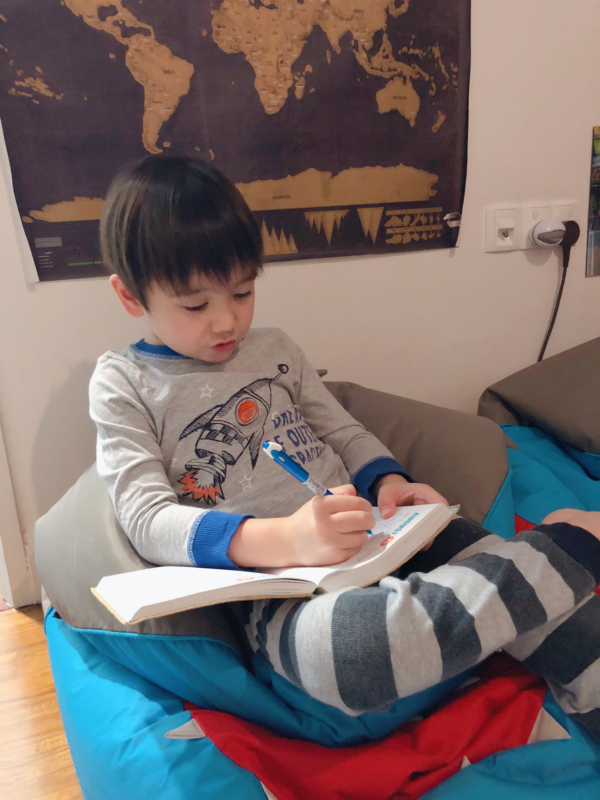 Carter starts Primary One next year.

He’s been pretty exposed to the whole ‘starting formal school’ process, as he’s watched Hunter go through it this year. He hasn’t ever mentioned anything, but I’ve noticed their brotherly dynamics change – ever so subtly, probably something only a mum would notice.

He doesn’t like to sleep in, even though he has the opportunity to as his preschool starts a full 1.5hours later than Hunter’s primary school. And he regularly asks what Hunter does in the afternoon, since Hunter comes home several hours earlier than he does.

I know he feels a bit wistful that Hunter is doing all this big boy stuff, and he’s still in preschool.

The other day, I was walking him to school and I asked him, “Are you excited to start Primary One next year, Carter?”

He didn’t even think about it for a second, before saying YES.

“What are you most excited about?” I asked him.

In a split second, he answered, “Being able to learn even more! I just feel like there’s so much I don’t know yet.”

Ahhhh… my typical middle child. Always so self-motivated and eager to catch up! I pray this thirst to learn continues on when he starts school, and the monotony (and intensity) of daily work begins to overwhelm….