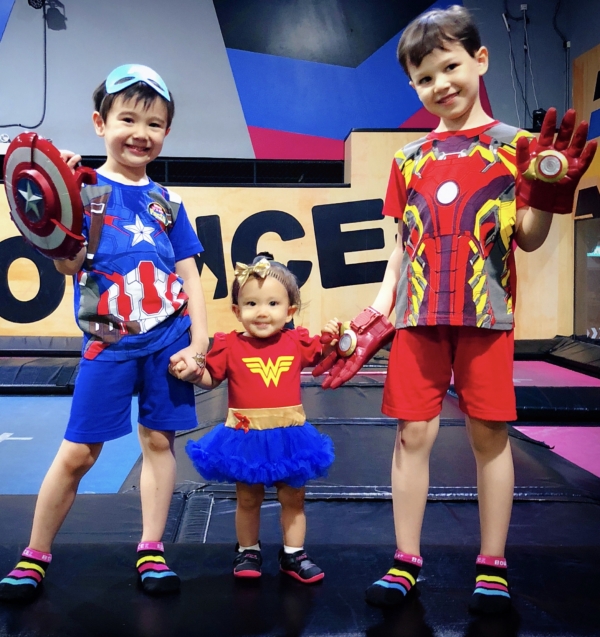 It’s his last year as a pre-schooler, which is a bit of a difficult concept for me to grasp, since he’s my baby boy forever (at least in my mind). But here he is, growing up.. all of 6 years old now, and needing me less and less.

He only lets me cuddle the hell outta him at home, and he doesn’t allow me to cuddle him or call him baby wombat or “urghhh nothing embarassing, mummy!” once we step through the school glass doors. I’ve had to come to terms with a simple wave goodbye to him, and to watch his back as he walks into his classroom…. and the fact that he never looks back at me anymore. 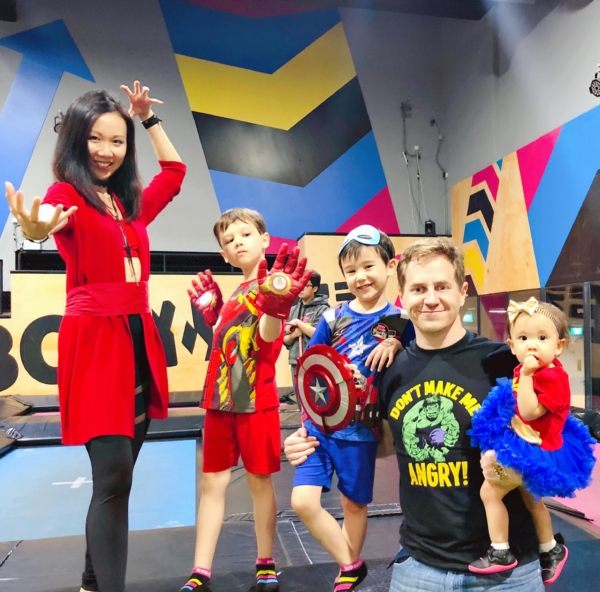 He was very specific for his 6th birthday party planning. It just had to be superhero themed, of course. And he absolutely insisted that ALL his classmates were invited. So, that’s what we did! 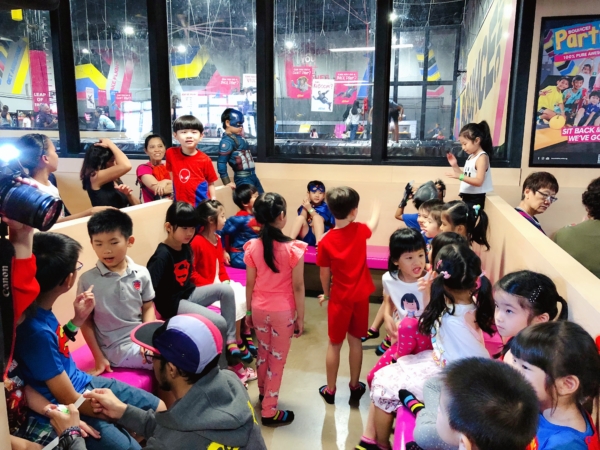 We ended up with 33 jumping kids.. WHOA. It was the definition of chaos. Let’s just say that I deserved a mega class of wine that night 😉 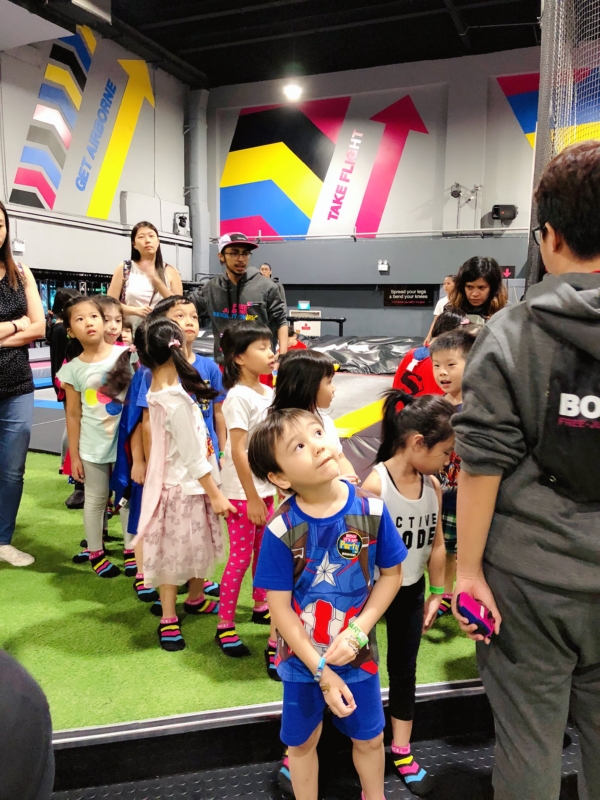 Carter, as the birthday boy, got to be the leader in the jumping activities. He loved it, and declared that the best part of the party 😉 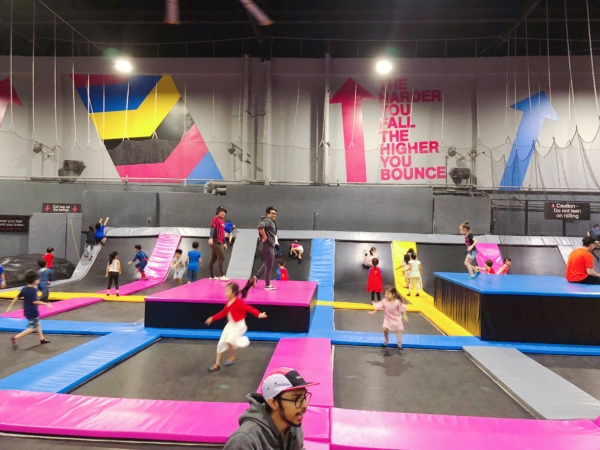 The jumping arena, which was totally craaaazy with a whole bunch of jumping pre-schoolers. I was exhausted just from looking at them go! 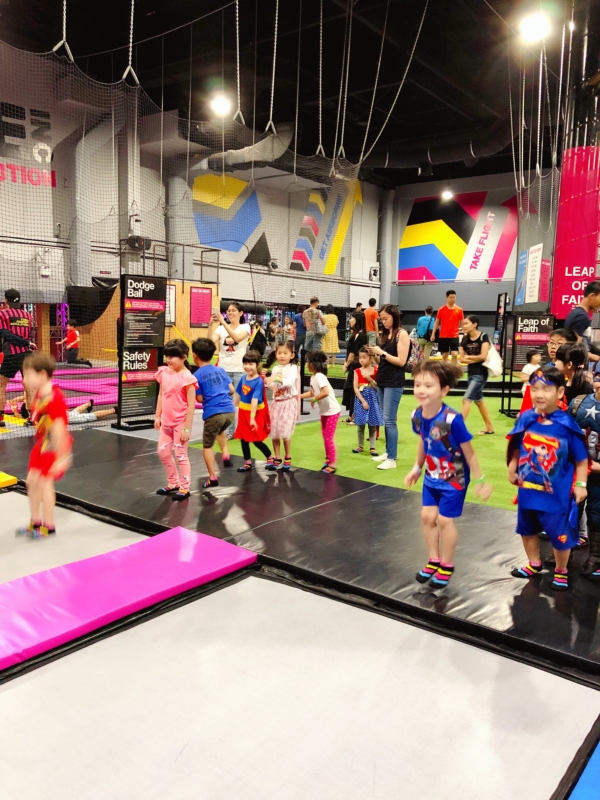 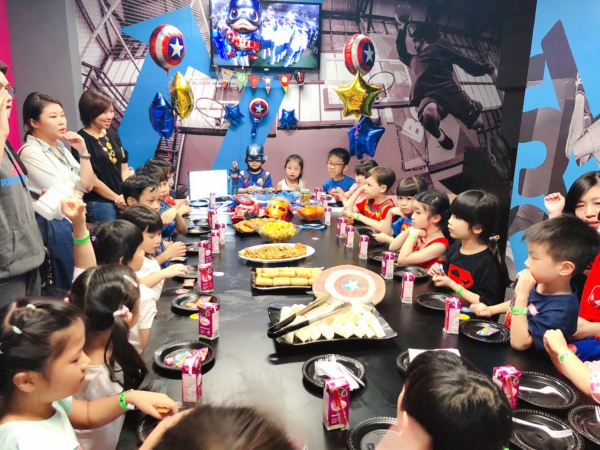 This photo looks pretty calm, but it was anything but 😉 Still, the kids had fun! 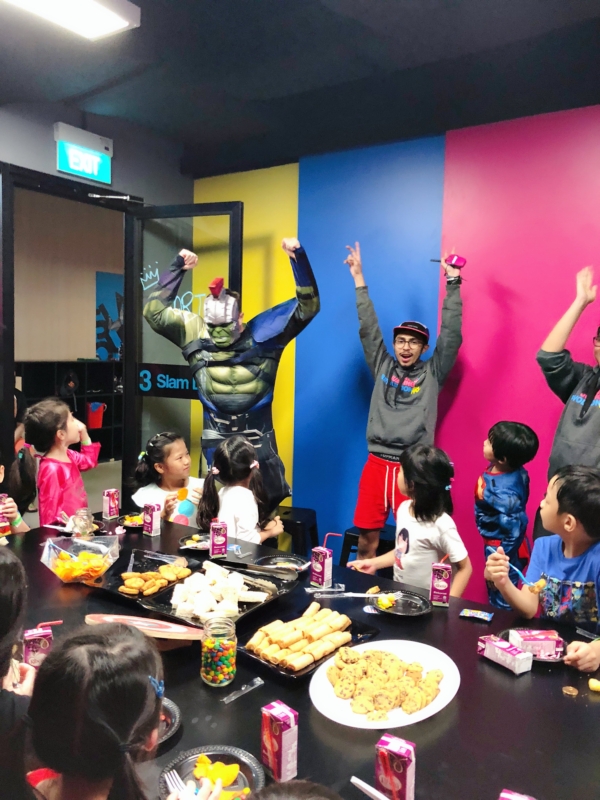 A special surprise visit from…….. The Incredible Hulk!! We captured it on video and the kids were actually really shocked. Later, Carter said that he was “a bit scared” because he thought it was the real Hulk! 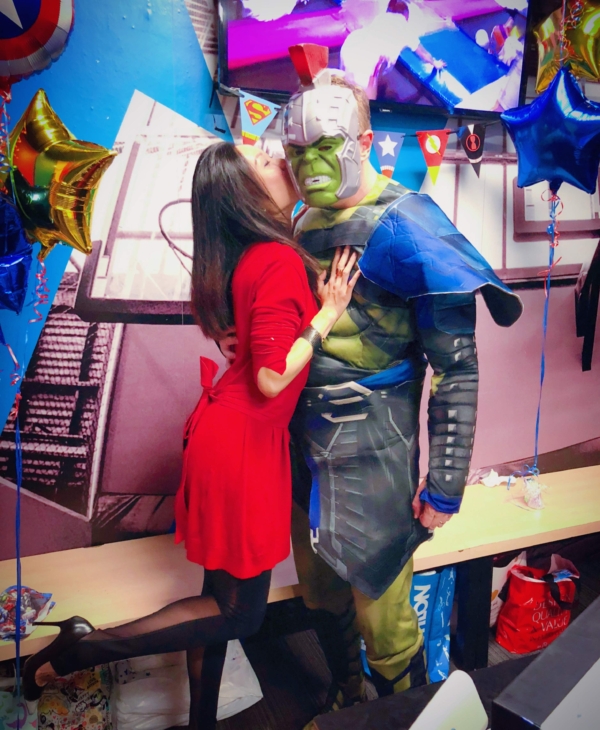 That time when the Scarlet Witch fell in love with the Hulk.

Yep, I was the Scarlet Witch.. as decided by Carter. I didn’t quite have the red leather coat or the long red hair, and I was too disorganised (unlike Chris) to get myself a costume. So I just went with whatever I could dig up!

So I ended up with a yoga sports bra, black yoga leggings, and a red cardigan. Errrrrr… close enough. 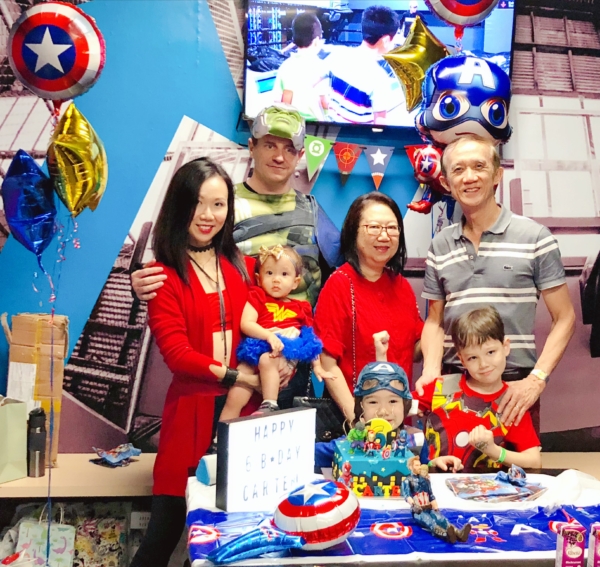 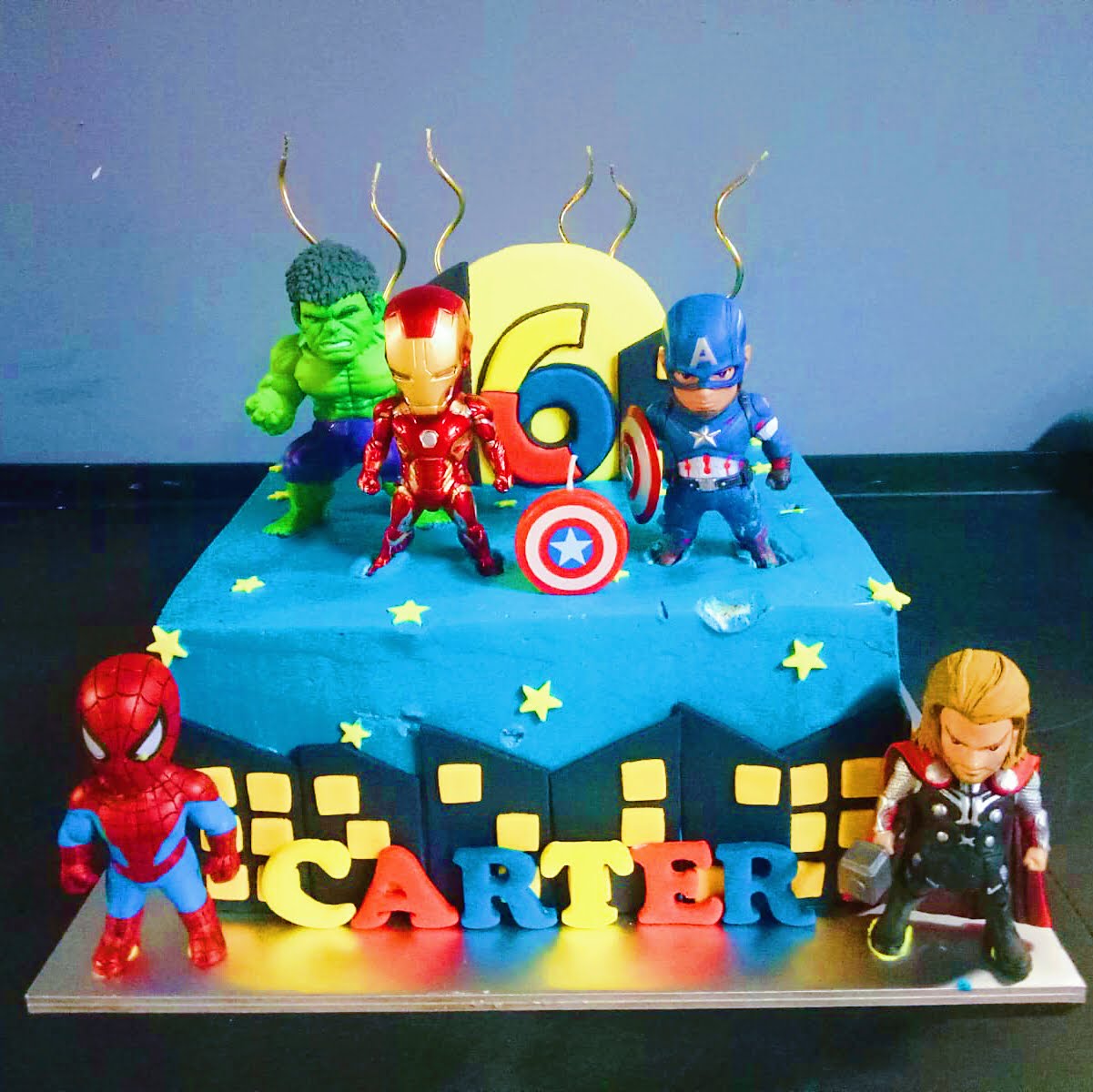 A closeup of his birthday cake, which delighted Carter, because he could bring home the figurines. 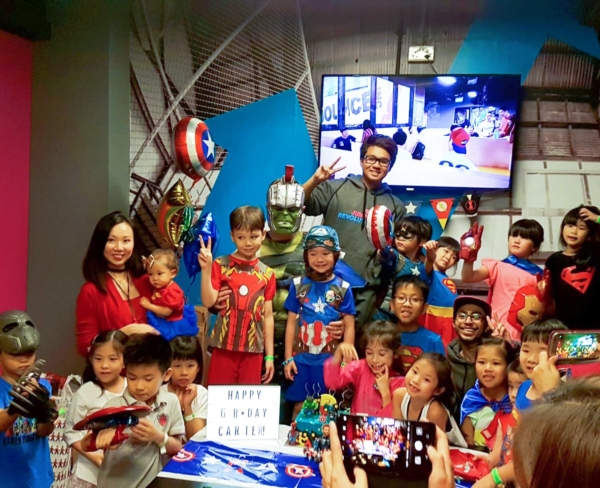 A group photo of the craziness! Ahhh but we had so much fun that afternoon. It was so rewarding seeing all the kids’ smiles.. it made all the planning and cost totally worth it! 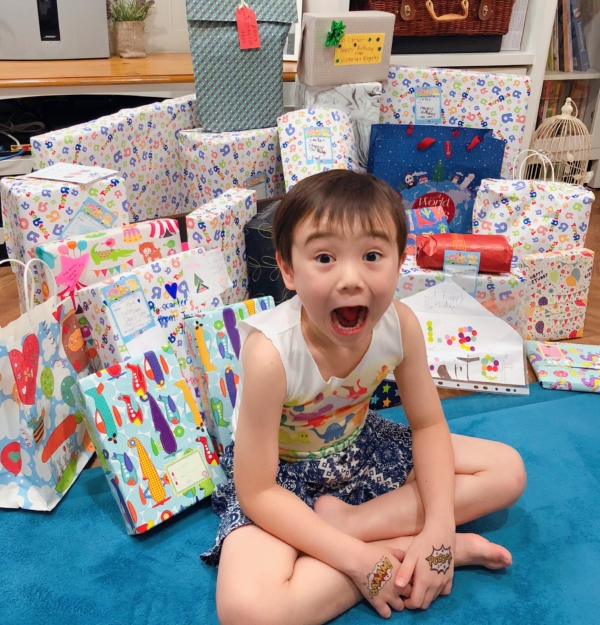 The incredibly blessed birthday boy and all his birthday gifts. I’m slowly feeding the gifts to him one by one, so he appreciates each one.

Cheeky, yet so sweet.

Stubborn, yet so kind.

Competitive, yet so gracious.

Previous POTTERY MADE WITH LOVE
Next THINGS MY KIDS SAY: Carter and starting Primary school

Hi, i feel that i saw you visited my site so
i got here to go back the desire?.I am trying to to find things
to enhance my site!I assume its ok to make use
of some of your ideas!!