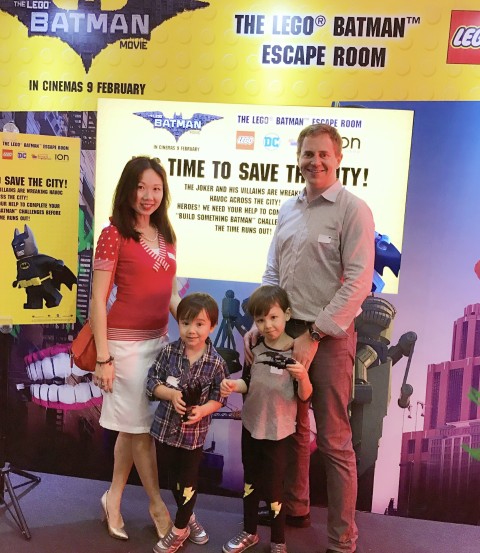 My kids are big fans of the original LEGO Movie (I guess all kids are?!) so when they saw posters of this new The LEGO Batman Movie coming out, they flew into a bit of a tizzy. Especially Carter, who is in a big of a mega superhero phase at the moment – and in particular, his favourite is……… Batman!

They were super excited when I told them we would be attending the Premiere, and told anyone and everyone that cared (or didn’t!) that they were going. So after two weeks or so of counting down the days (kind of agonising for a kid!), we headed there after work and school. 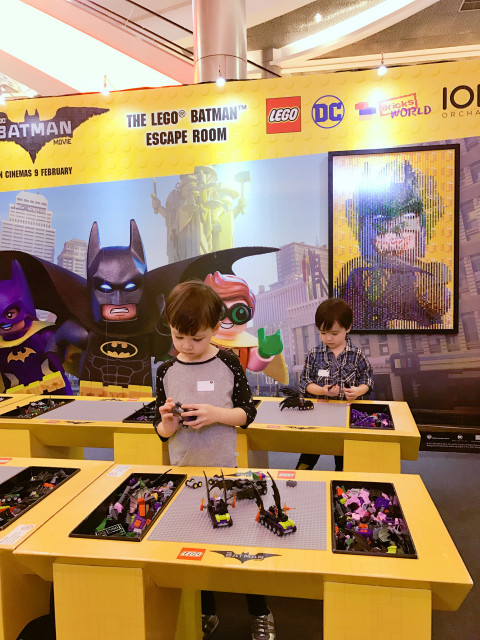 The boys wailed with dismay when they realised they weren’t going directly to watch the movie, but to a pre-premiere party first. But they perked up when they realised the party was completely LEGO themed and had very cool LEGO tables set up for them to play and build their own Batmobiles. They were kept well occupied there for about half an hour. Makes me feel pretty motivated to convert our wooden train table (unused now) into a LEGO themed table for them! 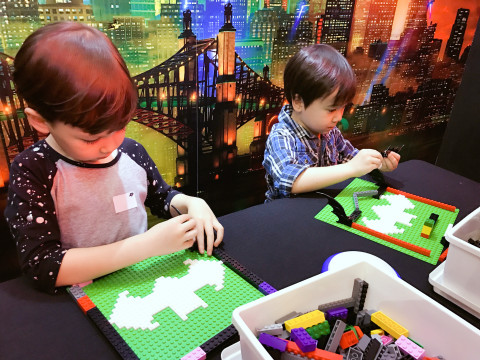 There was a LEGO Escape Room set up, which is available from now until 18 Feb if you want to bring your kids to join in on the fun!

The concept is pretty basic so clearly catered for kids and even toddlers. The first room’s (above) challenge was creating a LEGO frame around the Batman logo within the time limit. 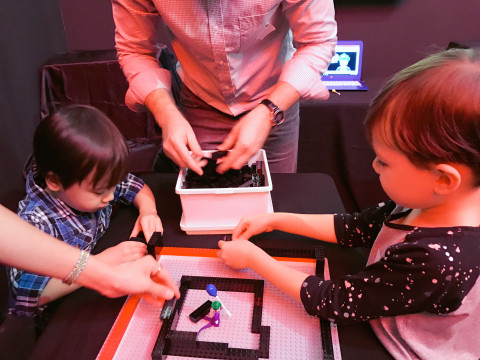 Second room’s challenge was to build high walls around (a really cute) Joker. Easy concepts, right? But very on point for my kids’ age group and they really enjoyed it.

The two Escape rooms take about 10 mins to go through, so it’s pretty swift and a cute little activity for kids if they’re unhappy being dragged around ION and shopping 😉 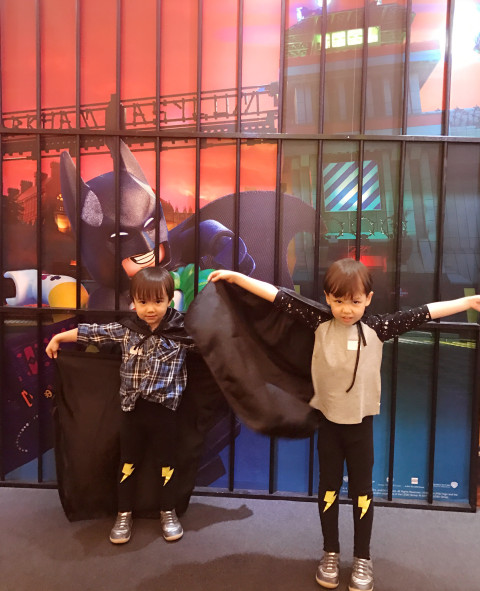 My lil bat kids. All set for Halloween! 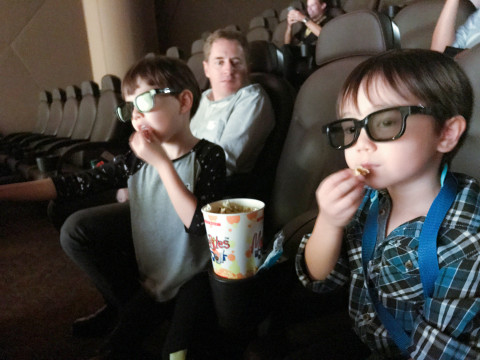 We watched the movie in 3D. First time my kids have watched a 3D movie and I wondered if they would like it, and they did. The effects thrilled them and they were glued to the movie.

They declared The LEGO Batman Movie better than the first (probably because of the superhero element!), and absolutely adored it. I’m generally not a fan of kiddy movies but really liked this one because it has some really sardonic and adult humour in it. It’s not very scary (though Carter did think the fighting scenes were disturbing and kept asking me why people were so angry and fighting and couldn’t make up!) and the songs are really cute.

I reckon the movie is best for ages about 4 yrs and up, and definitely suited for adults too.

It opens today in theatres across Singapore, so go check it out!