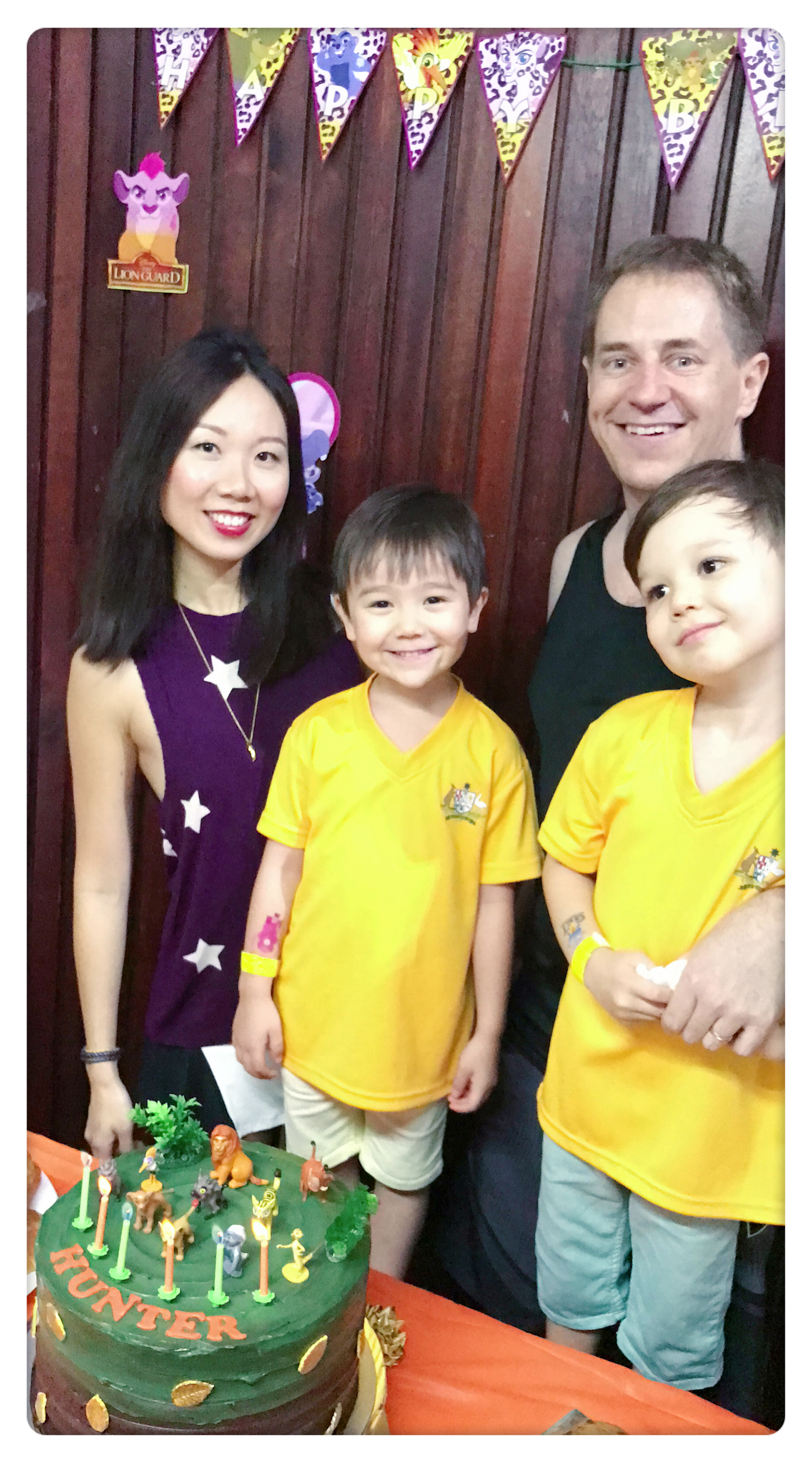 This year, he was very specific on how and where he wanted to celebrate his birthday, as well as the kids he wanted to invite. So I just went with the flow and followed his direction – much easier than trying to go up against a willful six year old 😉 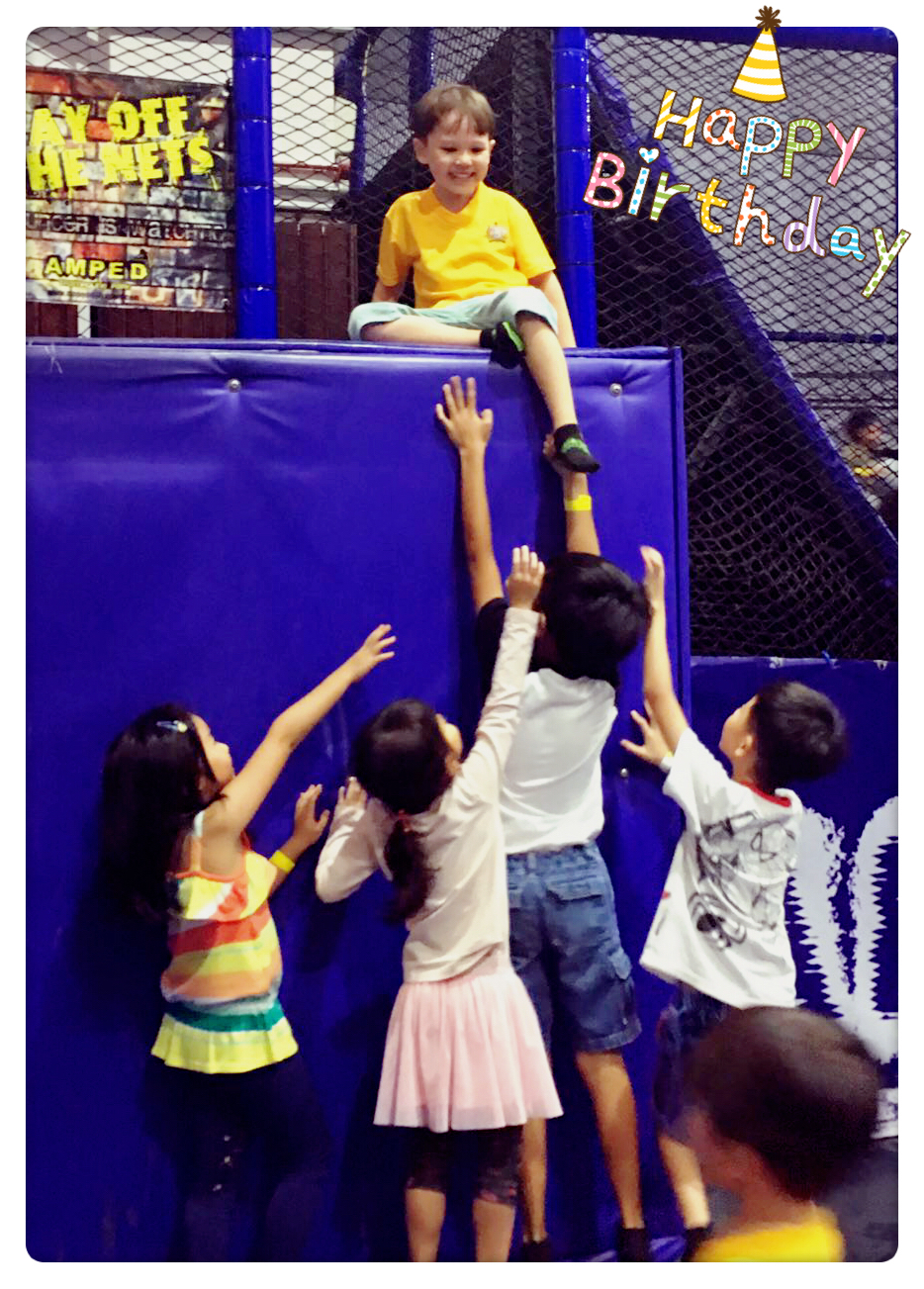 He un-creatively decided on Amped Trampoline Park, the same location as his party last year. And it was a pretty good choice, considering it keeps the kids occupied for a good hour!

He’s recently been into watching Lion Guard, so that was his theme. There are pretty much zero Lion Guard themed party supplies in Singapore, so online it was! 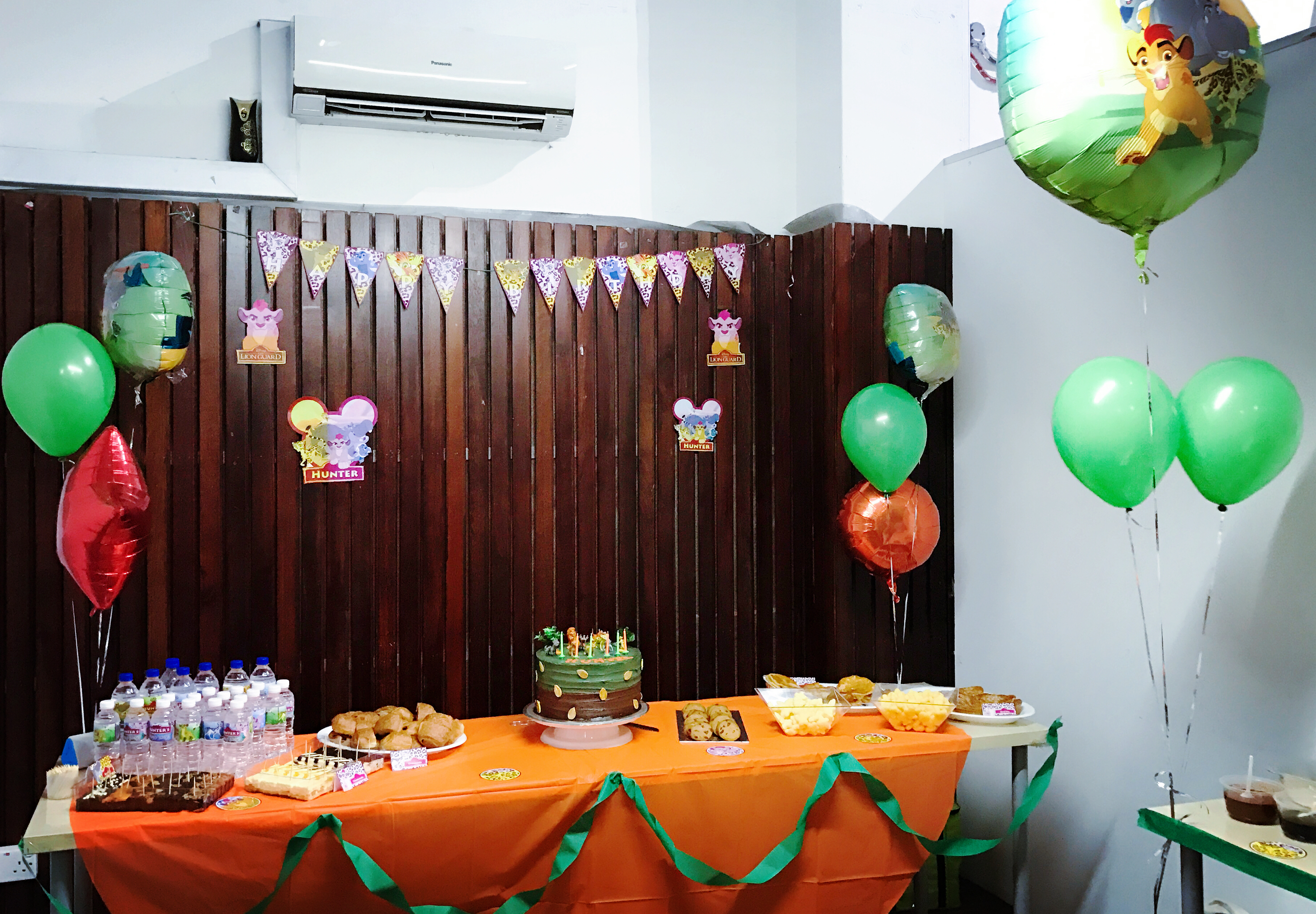 The setup was pretty simple (I was feeling really ill on the day), but it worked.

A cool slow-motion of 4 year old Carter in action! 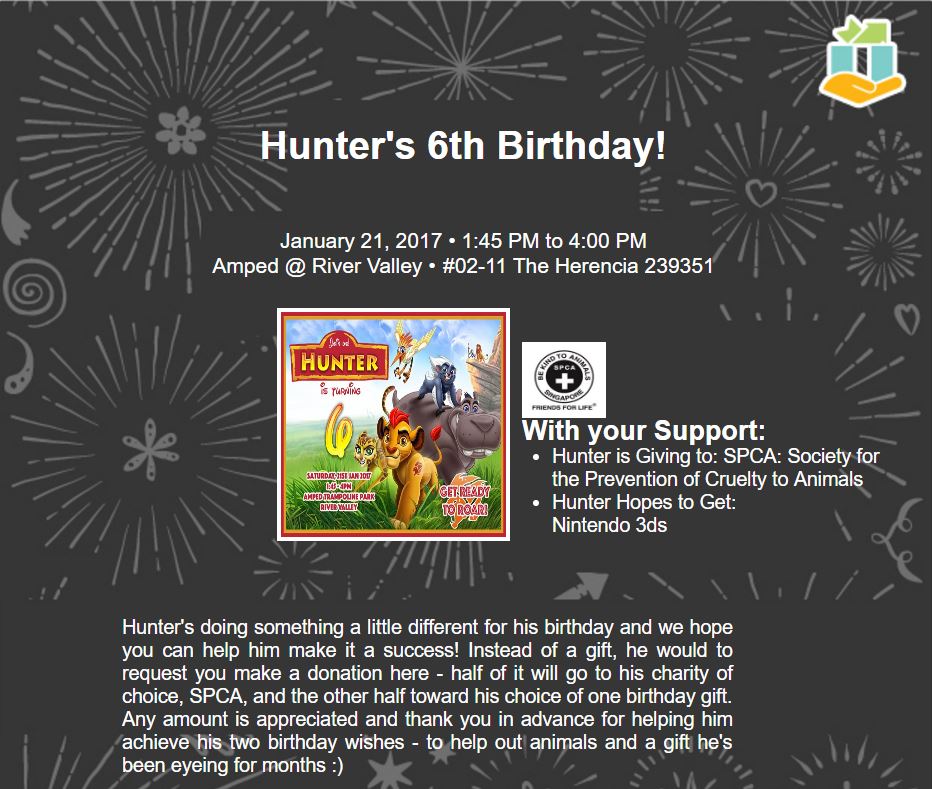 Best of all, Hunter decided on something really meaningful – and special – for his birthday gifts.

Instead of receiving lots of gifts from everyone, we were going to try a new concept…. We worked with Gift-It-Forward to set up a wishing well, where 50% of his monetary gifts would go toward ONE gift of his choice, and 50% to the charity of his choice – SPCA.

I can’t even begin to explain how difficult it is for a 6 year old to understand the concept of monetary gifts, and giving half of it away… and receiving just ONE gift. But he listened carefully, was really earnest about helping out animals and charity, made his decision, and most importantly – stuck by it! 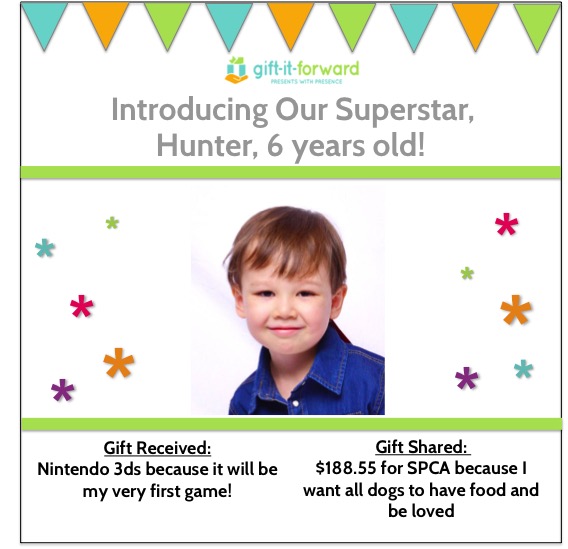 And this is his little charity certificate he received for his big heart 🙂 I’m just so proud of him! You can check him – and other wonderful, big-hearted kids – over at the SUPERSTARS page.

What I found most amazing was – after the party, he told me he was surprised he got his Nintendo 3DS (his choice of the one gift). He hadn’t realised that he would get anything, and thought he was would be giving away ALL his birthday gifts to charity!

And yet, he had willingly done so with no regrets.

Most importantly for us, it was really nice to see our kid recognise that there’s more to a birthday party than ripping open tons of presents, and to have the desire to help others less fortunate. I’m really proud of him.

This is the little speech he gave to everyone, after singing Happy Birthday 🙂 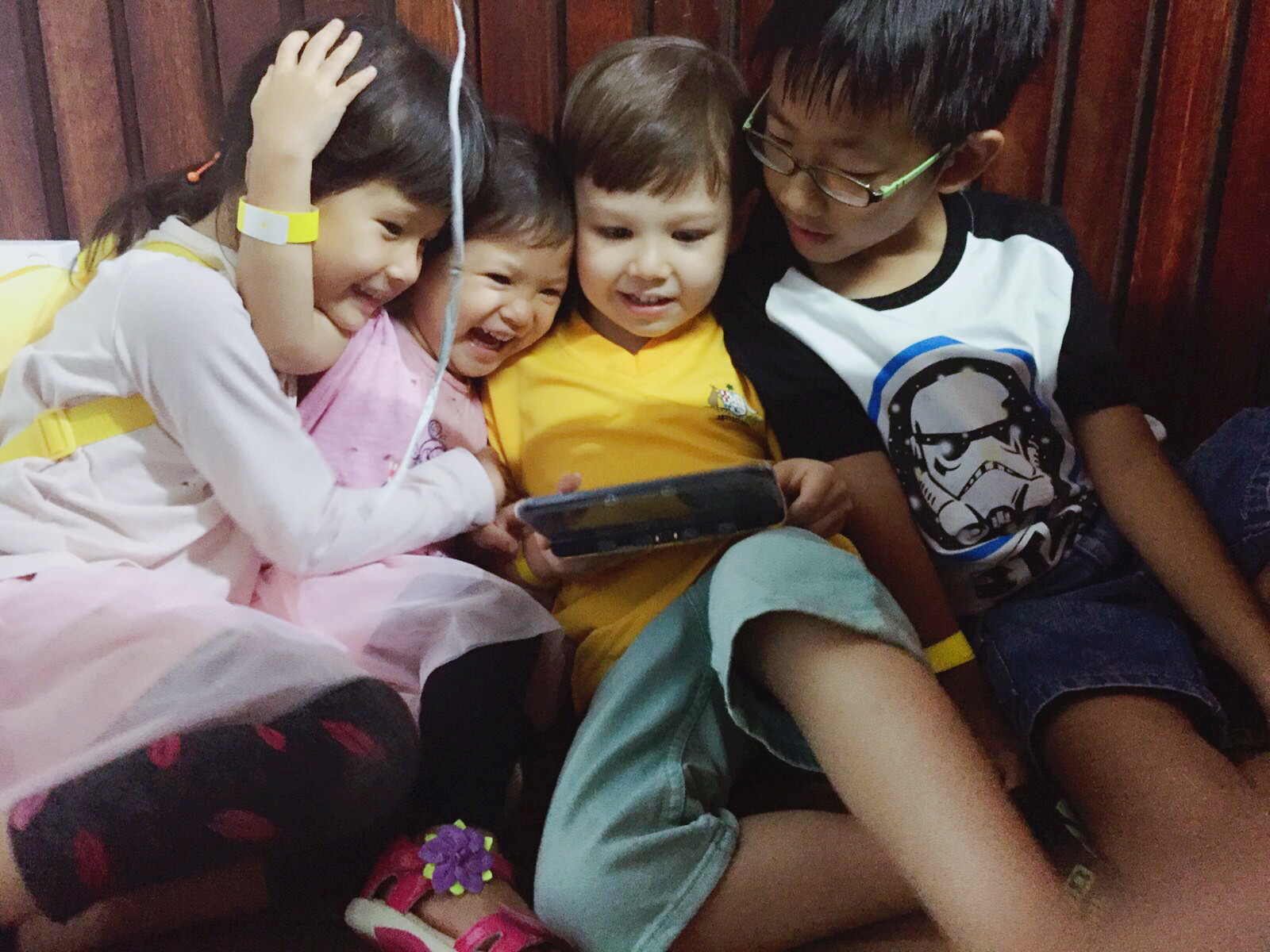 Immediate opening of his Nintendo 3DS, which he’s absolutely stoked with. 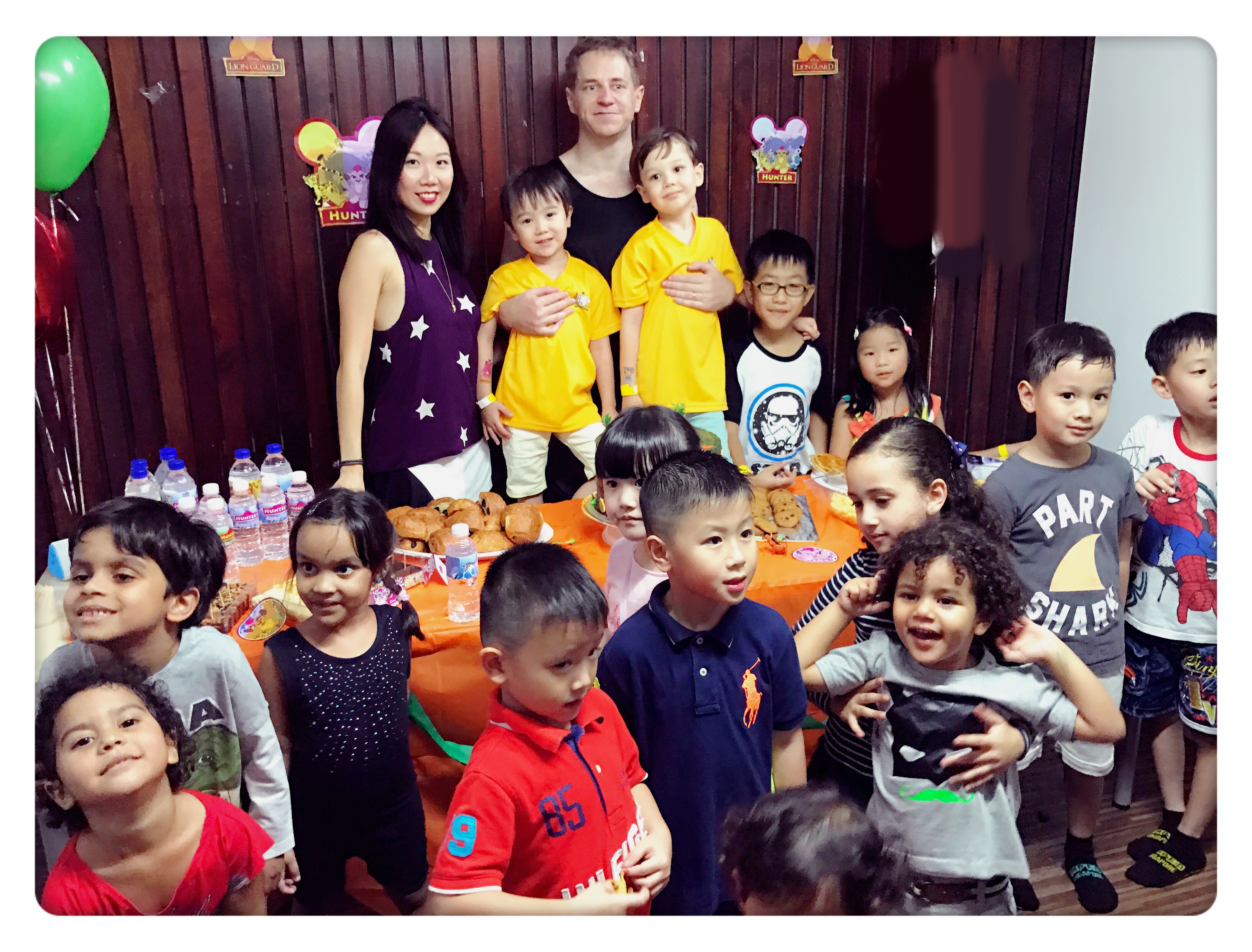 A lovely group shot of (almost) all the kids!