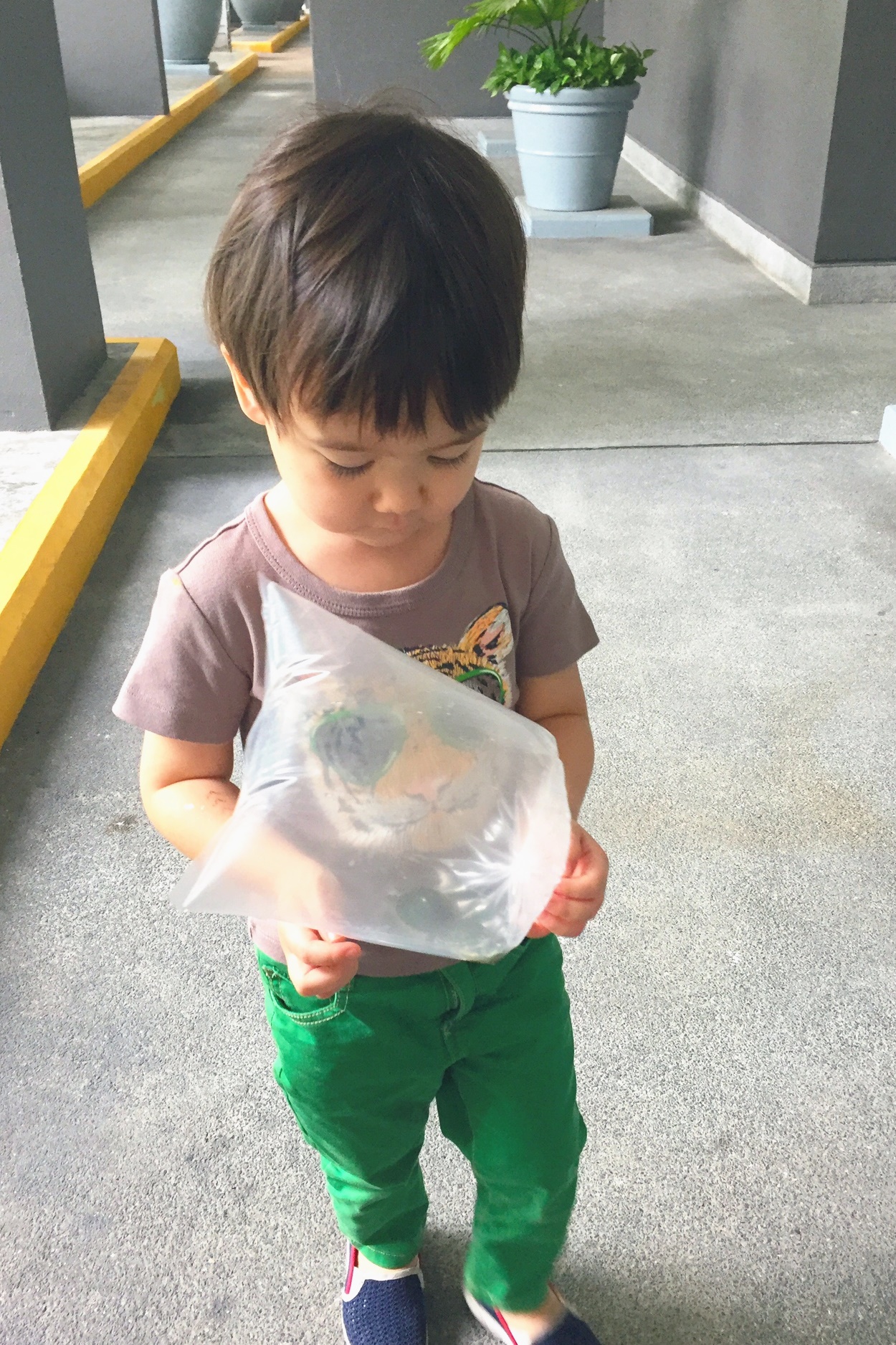 So our Christmas present to the kids were……. turtles!

Not the ninja kind. The real kind.

It was off the back of Hunter’s incessant pleading for the last few months of “Can I have a dog? Pleaseeeeee?” – ad infinitum.

I’m probably more open than Chris to the concept of a dog, but I still am a bit worried about the commitment. And especially because we specifically want a dog that’s really docile, non-yappy, and good with kids. Doesn’t everyone?

So these little turtles are a pretty good idea for the interim, and will let us determine if the kids are gentle enough with animals plus remember to look after them daily. 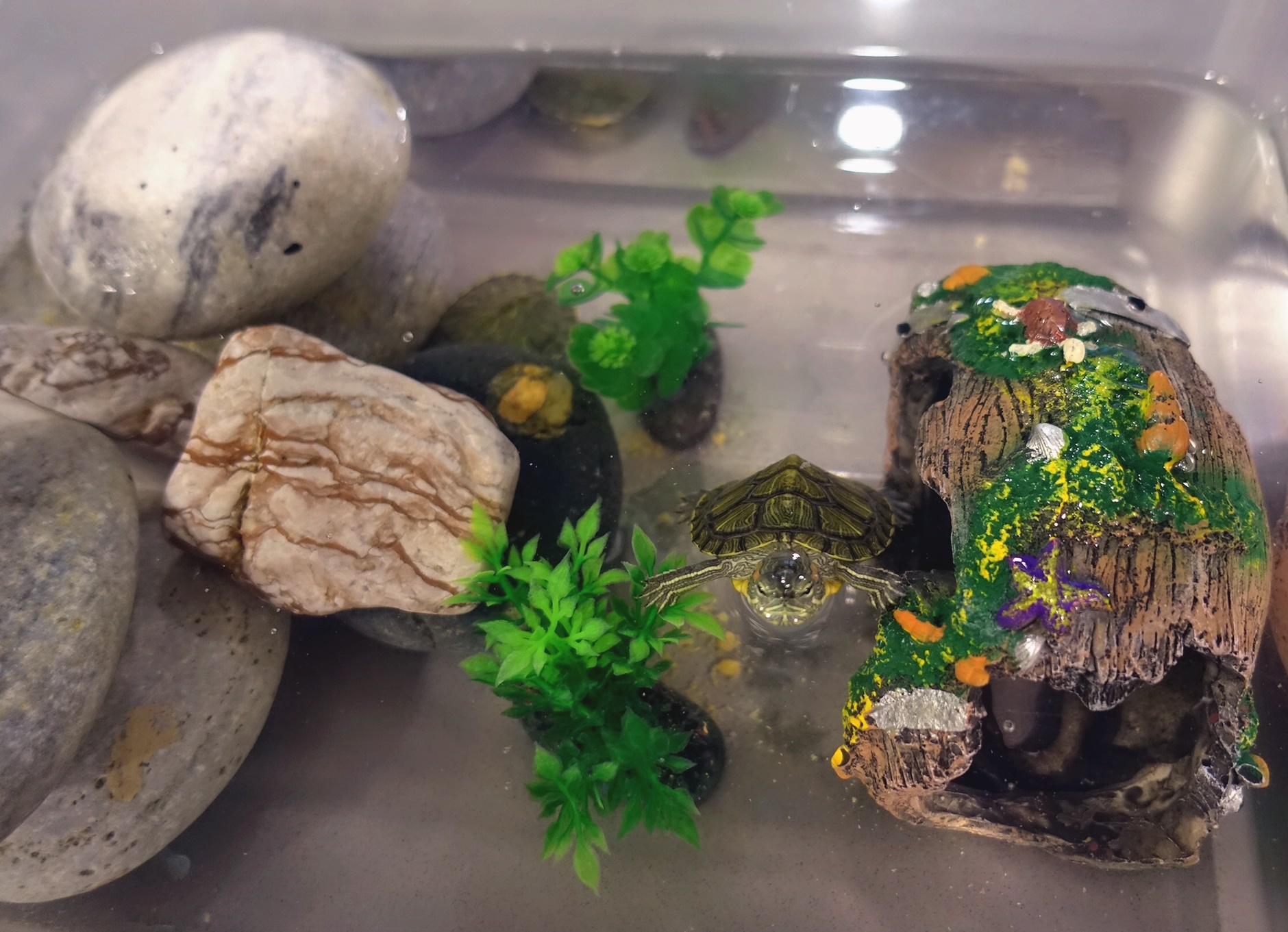 So meet TukTuk and TicTac, our Terrapin Turtles!

They’re proudly named by the boys, and the names were so cute that they stuck. TukTuk is the one that’s staring at you, and TicTac is mostly hidden at the back (living in morbid fear of.. everything) behind the black rock. 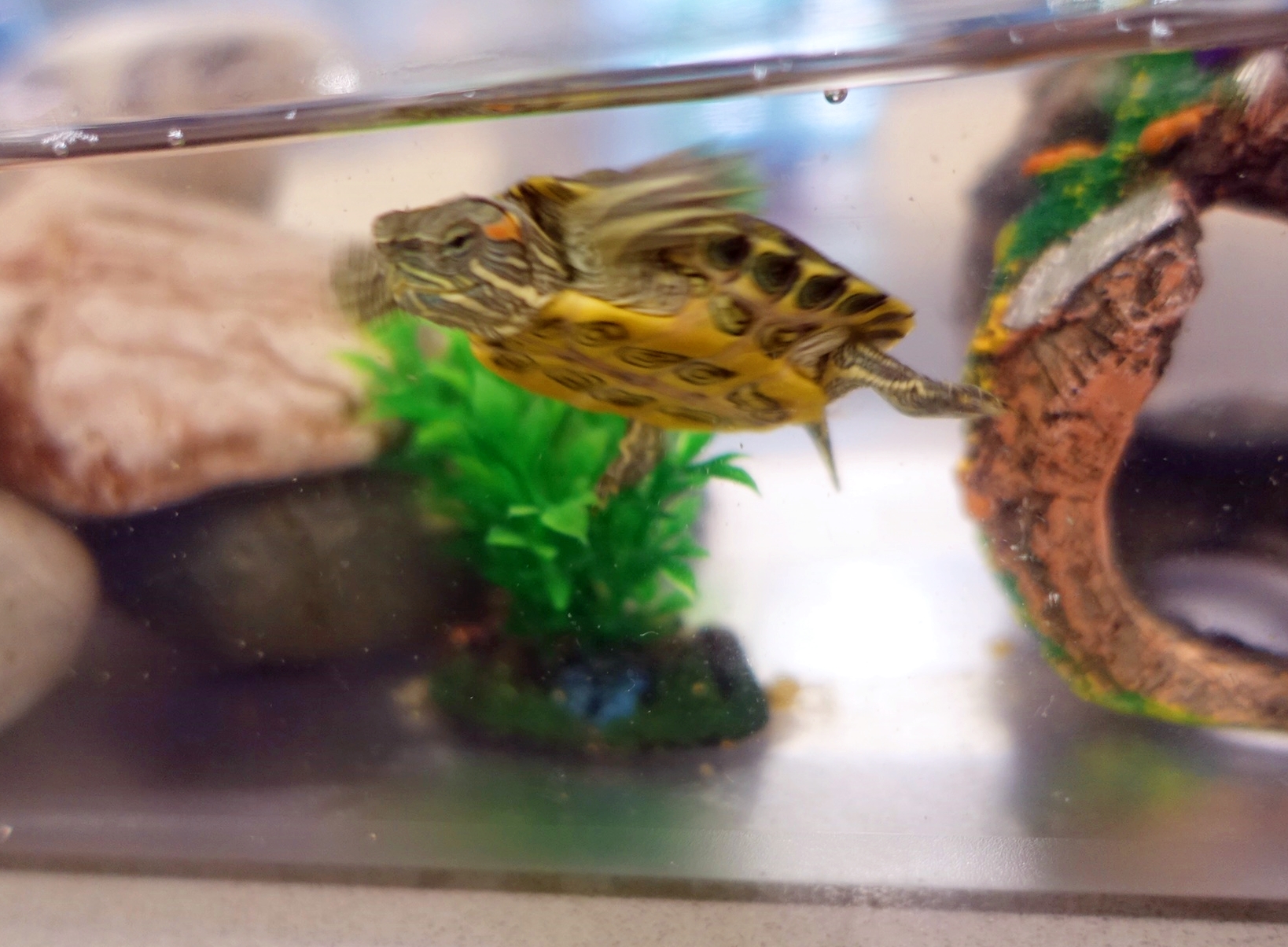 It hadn’t occurred to me that turtles were actually pretty smart and had unique personalities. Within a few days, both of them could recognise when they were about to get fed, and would perk up – swimming around excitedly with their lil paws whirring madly around.

TukTuk is the braver of the two. He’s really friendly and likes to come out if there’s activity around, and will easily be hand fed by both kids. Hunter will take him out and pop him on his palm, and TukTuk’s OK with that.

TicTac is the biggest scaredy cat in the world. She quivers around and comes out only when the kids approach with food. She’ll lurk around then ZOOM out real quick to snack food from their fingers, before back peddling back into her hiding spot. 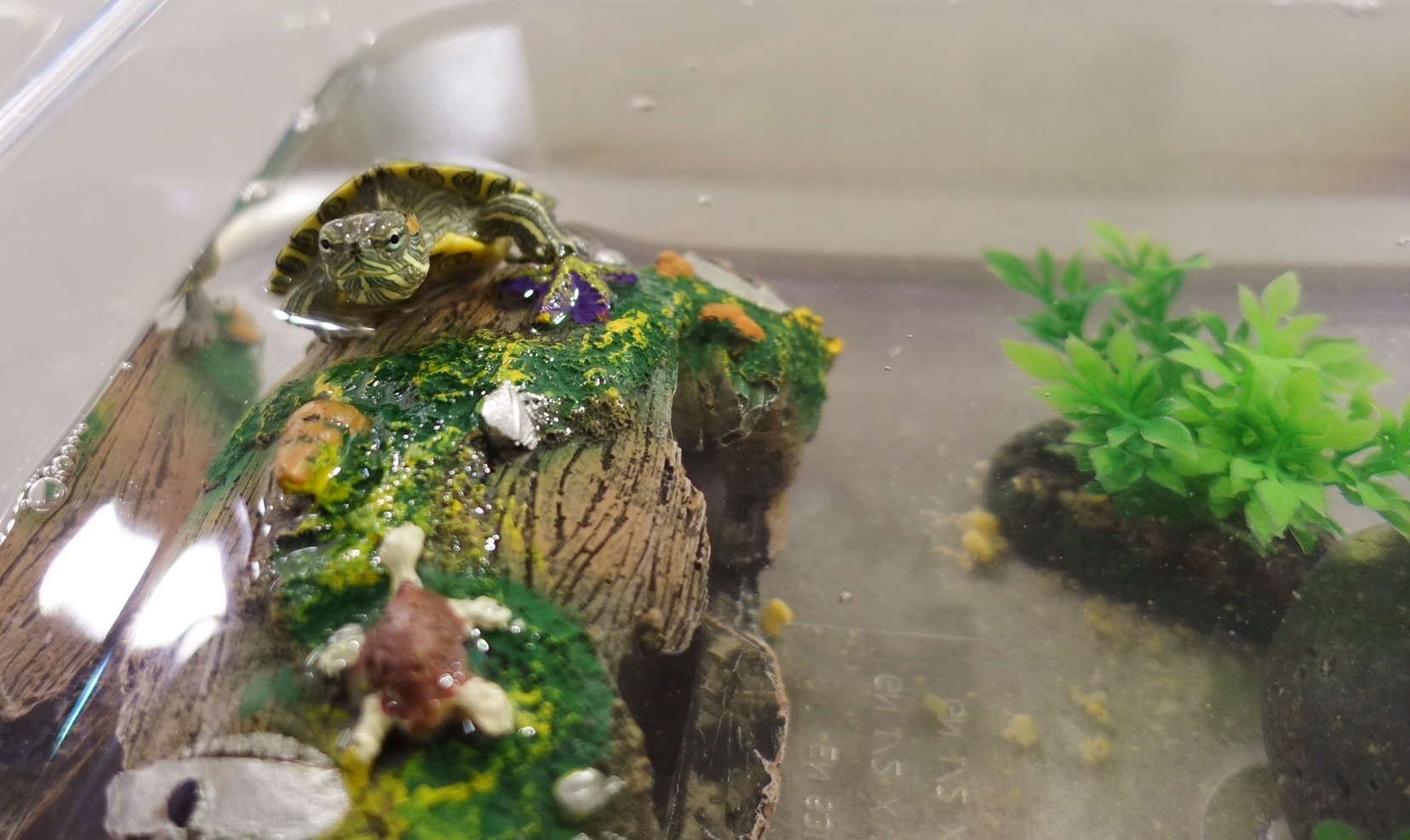 They’re both pretty cute, and I’m actually quite surprised they’ve survived this long. I thought any pet would be a goner in our boys’…… “care”. But these two have prevailed for a month now, so they’re obviously pretty damn hardy lil things!