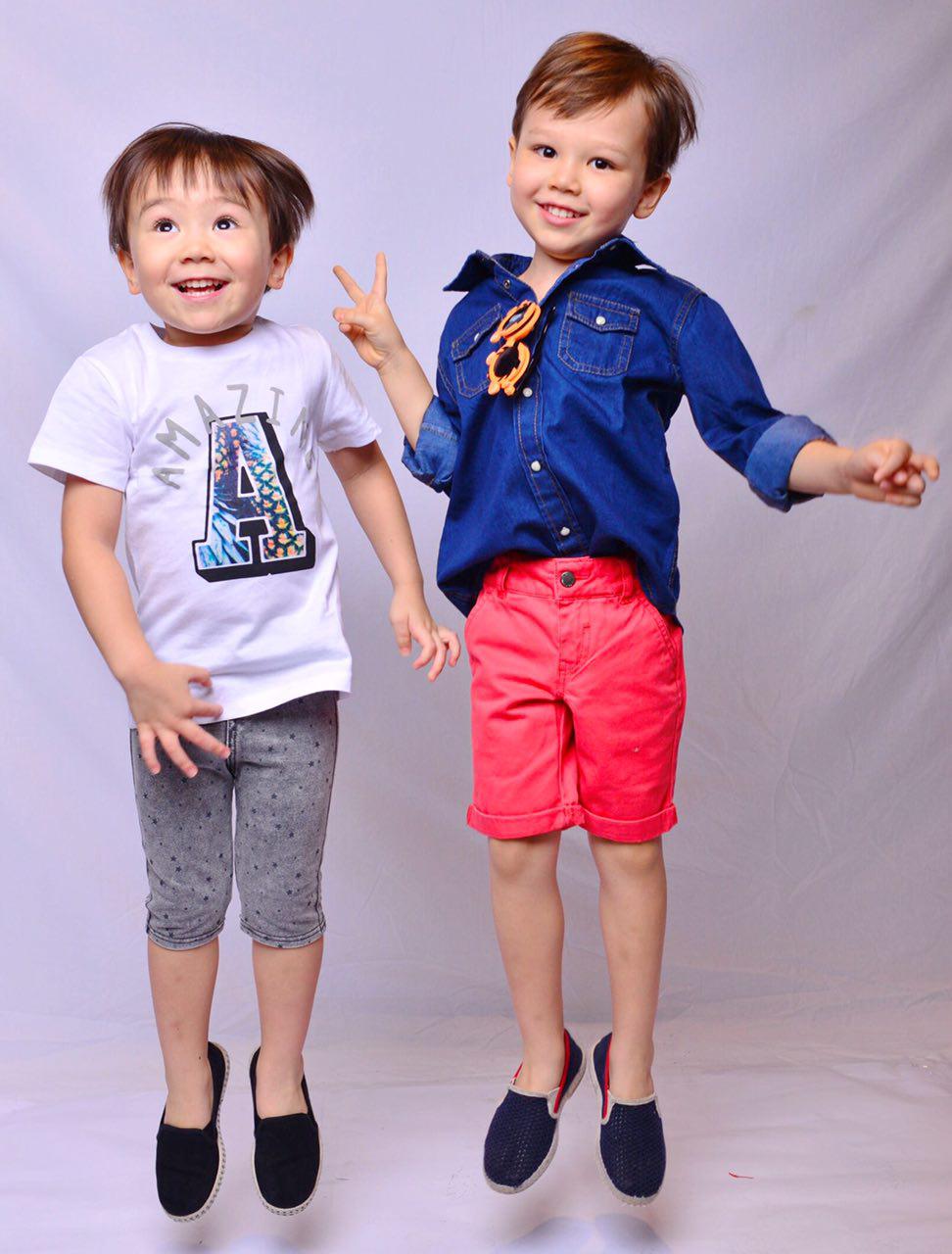 The best shot we could muster of these two wild kids! They are decked out in FOX Fashion’s latest Spring Summer 2016 collection, which is all about soft fabric and breezy comfort.

‘Like’ and caption the poses below, and the wittiest captions stand a chance to win $50 worth of FOX Kids & Baby apparel!

By the way, there are other kids that were also part of the photoshoot, and they’re all super cute. So feel free to go ‘Like’ and caption their poses too for more chances at winning! 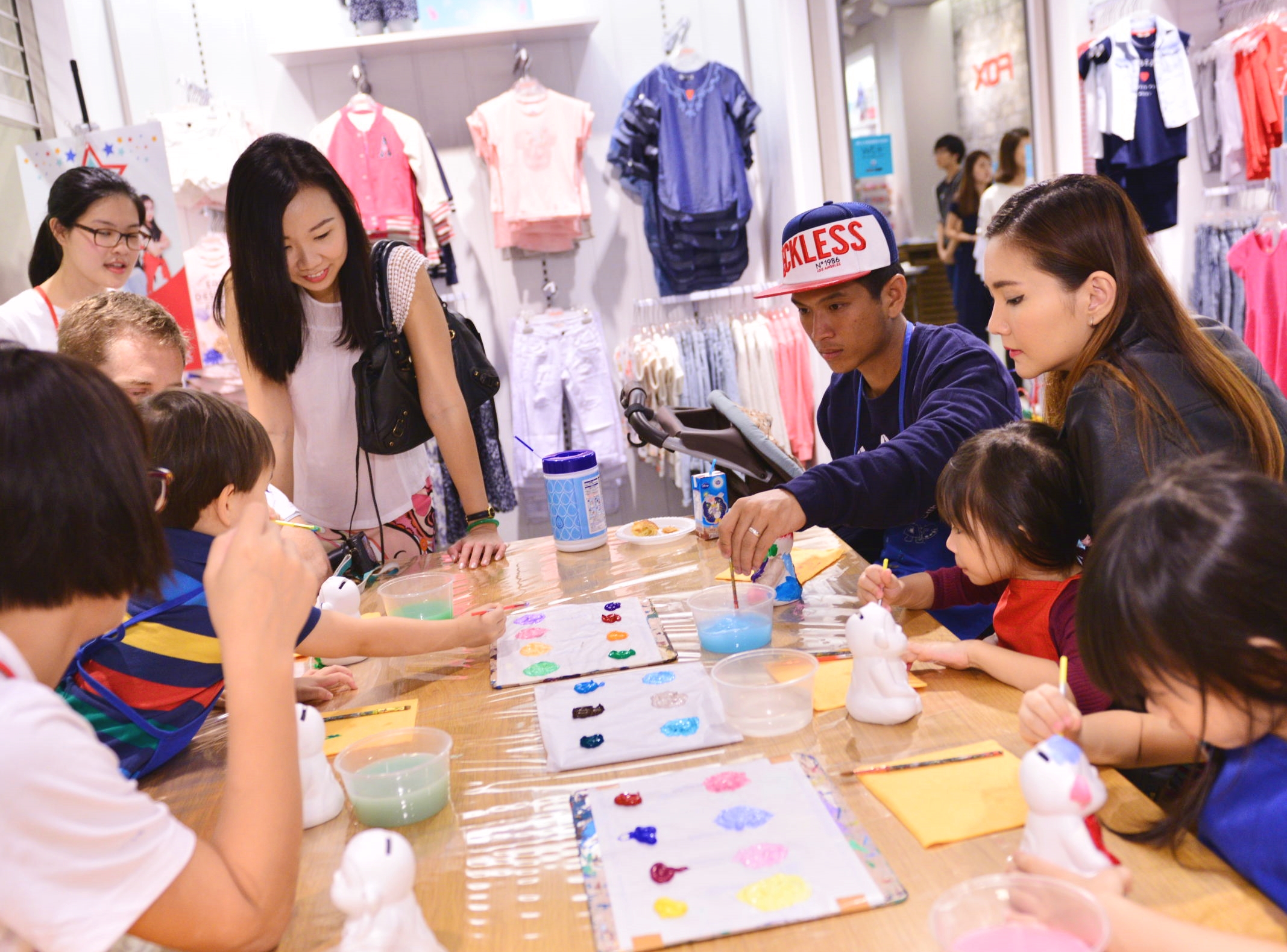 So we popped in to Fox Fashion bright and early on a Saturday morning.. for a spot of art and craft.

I didn’t have high hopes at all!

My boys are generally not the arty sort. They’d much rather push vehicles around (zzz..) or, well, run around like rabid animals. In fact, both of them moaned “But where are the TOYS??” the moment the stepped inside. Sigh. 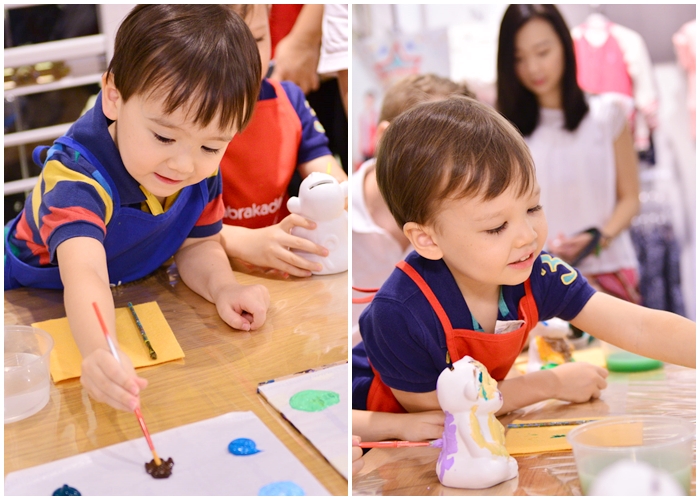 Yet, they surprisingly donned their (adorable) kids aprons and got right into it! They painted their monkey money banks with great gusto. Their monkeys ended up a startling riot of rainbow colours in a slip slop fashion, but hey, it kept them occupied for a good 20 mins and I was pretty amazed it held their attention so it gave me a chance to check out the merchandise. 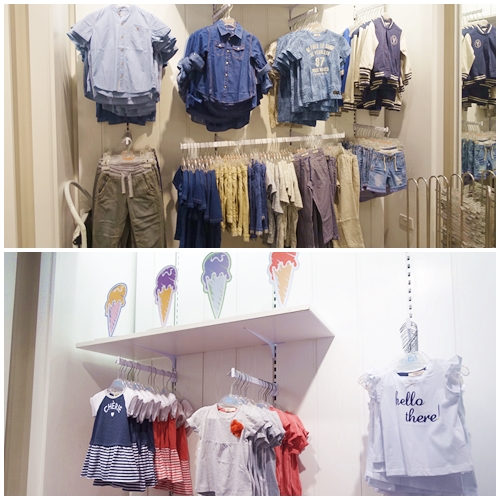 I’m always eager for the Spring Summer collections of clothing lines, since they sync up pretty neatly with Singapore’s heat and humidity. This collection by Fox Fashion has very light fabric and comfortable material. Only downside? The usual neutrals/navys for boys.. with limited bright colour options. I spotted just one pair of bright fuschia shorts, so I snapped up two pairs for my kids! 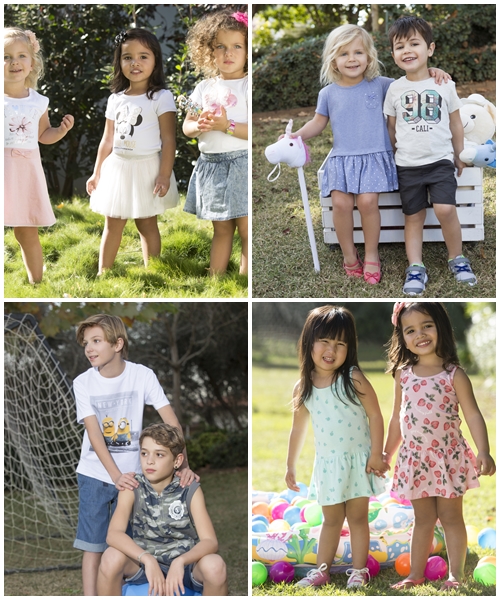 Some shots on more pieces from their new collection. My kids would love that Minion shirt, but I didn’t see it in the store on that day, darn! 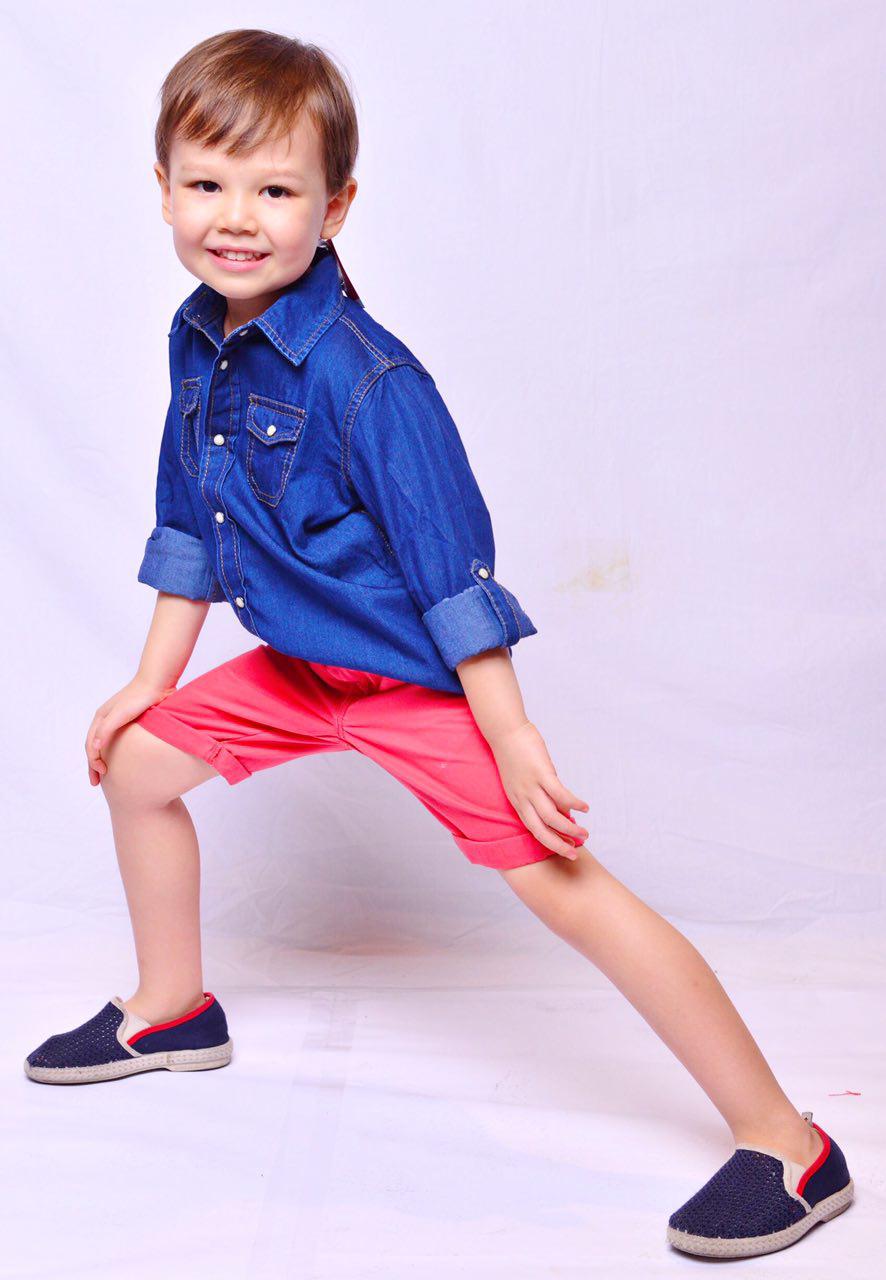 The kids could do a mini photoshoot right there and then. Hunter was RIIIIIIGHT into it, being the show pony that he is. I wonder which parent he takes after there. 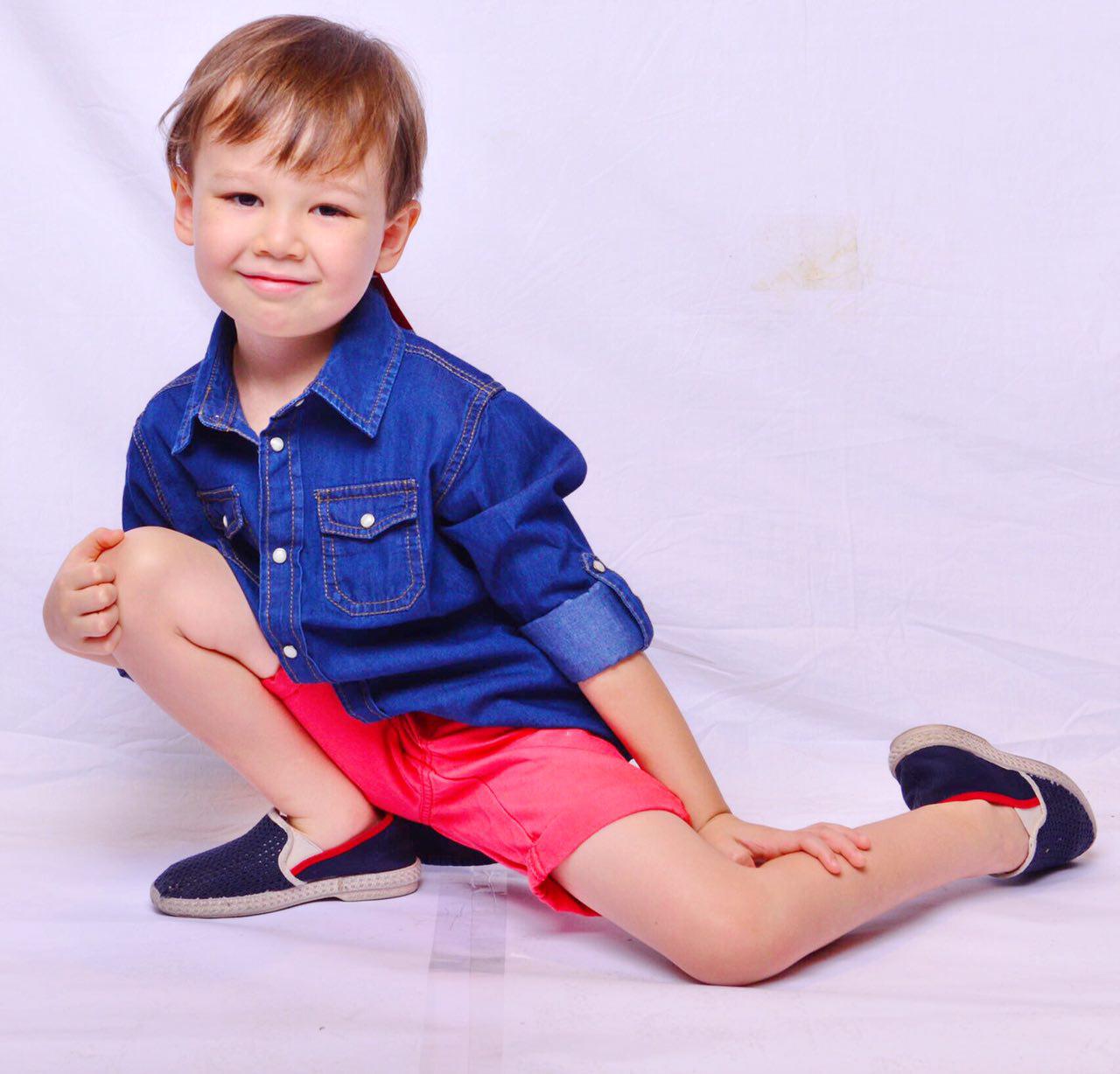 Comfortable in front of the camera as usual, he preened and primped and posed on cue. Okay okay, some of the poses were a tad weird. But at least his heart was in it! 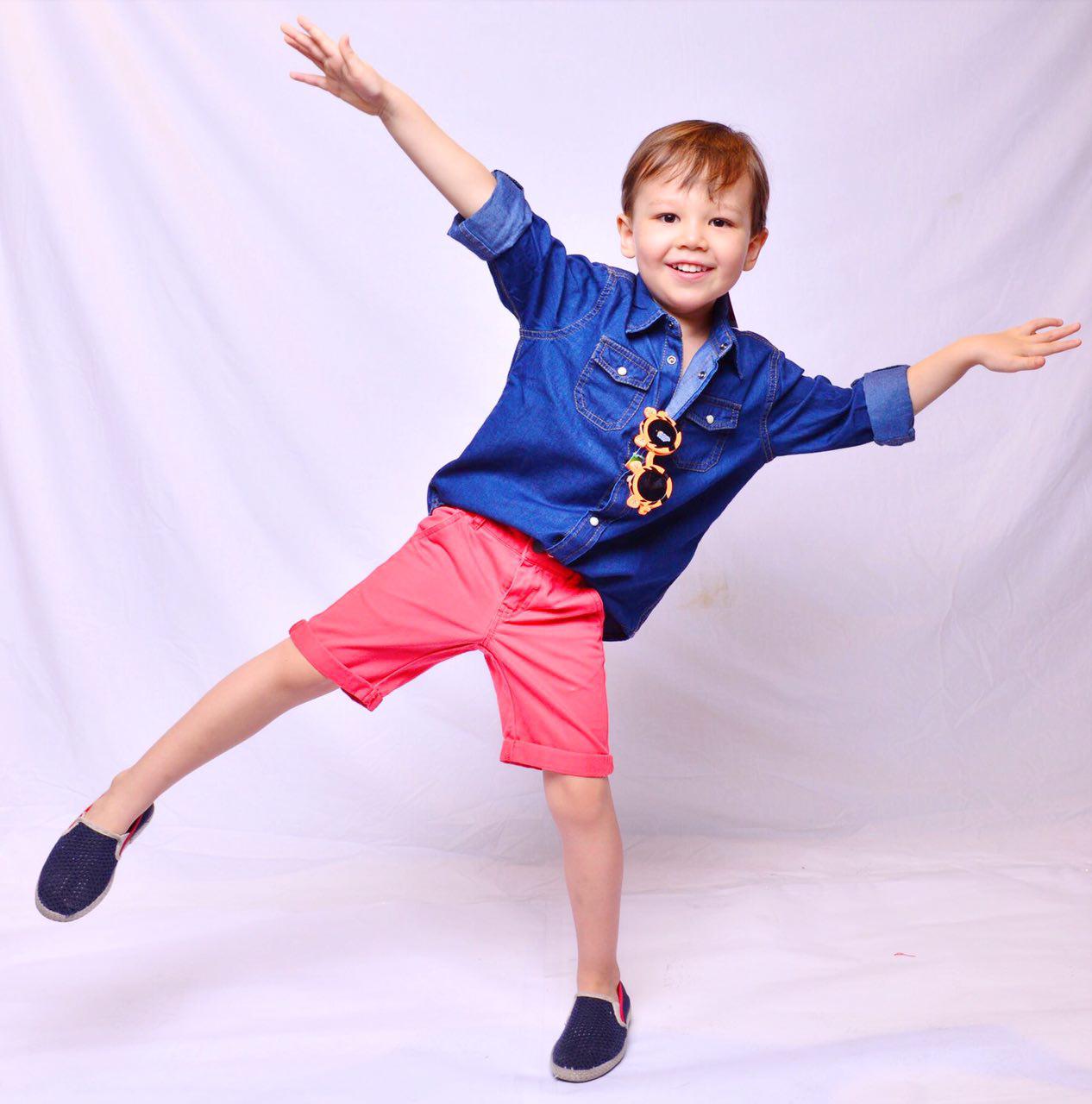 More cam-whoring in action. This little dude is the ultimate ham, every photographer’s dream 😉 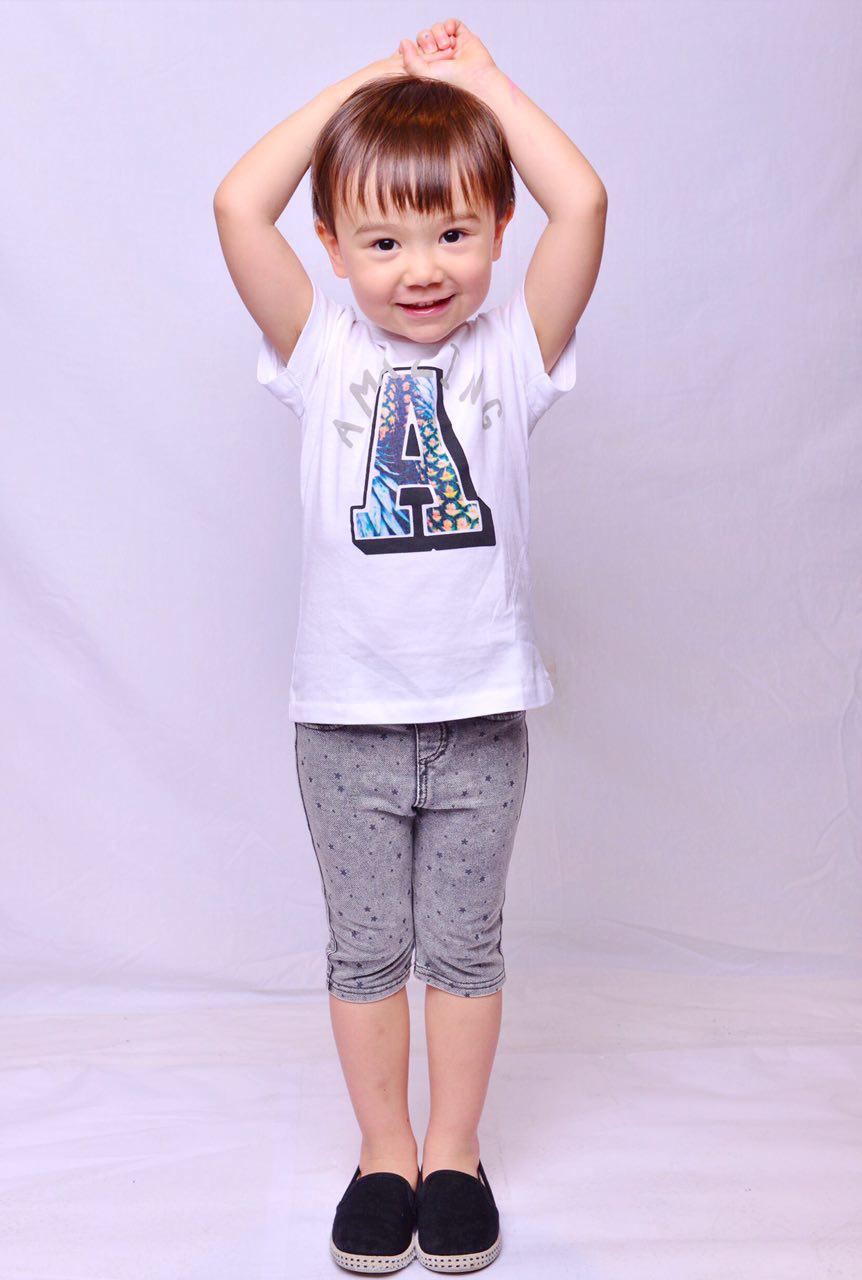 And then it was Carter’s turn. Ahhh… oh Carter. You truly suck at photoshoots.

This little guy, on the other hand, was struck with a major case of “I’m too shy, Mummy” and… ran away from the camera. It took much cajoling to get him back there, and we only managed to squeeze out a handful of shots before he declared “I’m done“. 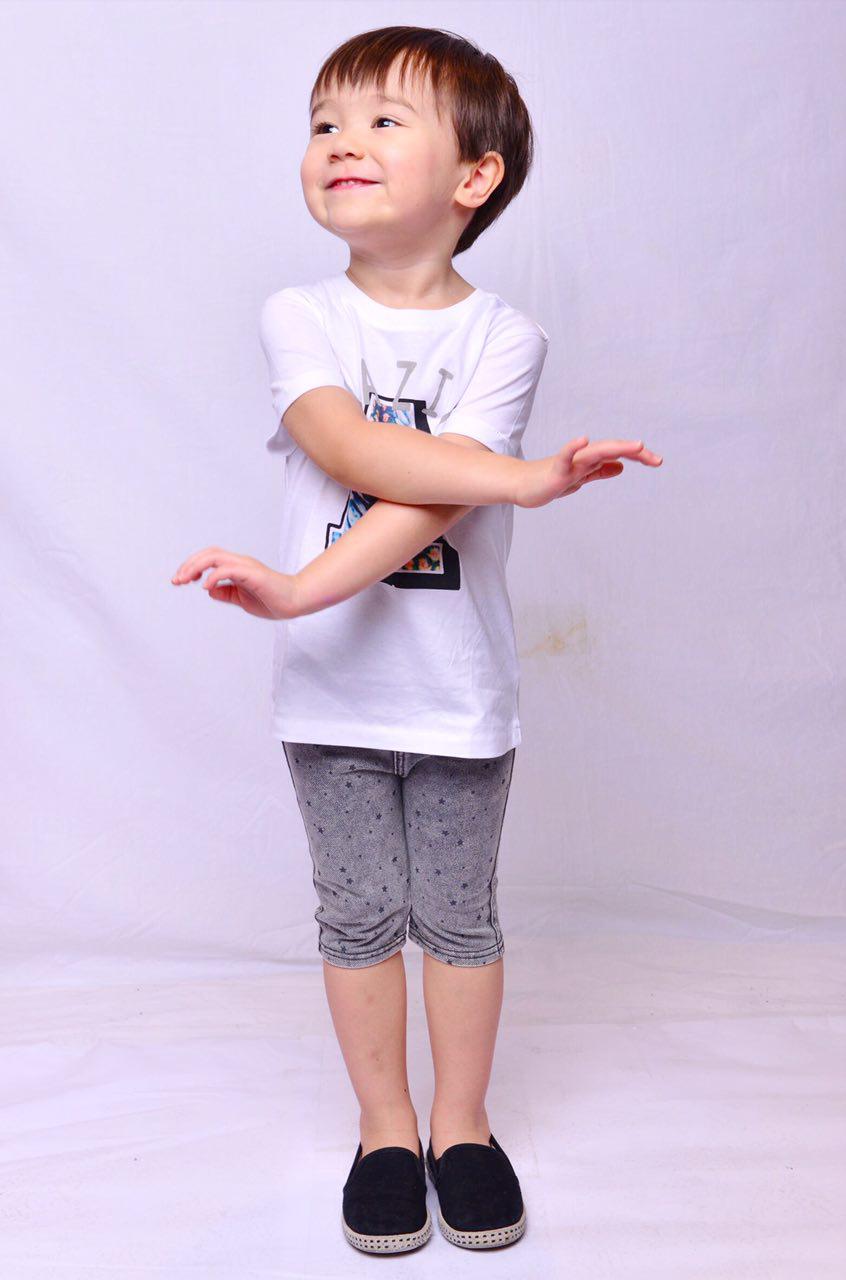 Maybe it’s just my retribution for putting him in girl’s leggings. But the leggings had STARS on them! They were adorable! And they were grey… which sort of makes them unisex, right?

Well, I personally thought he rocked his girls star leggings. 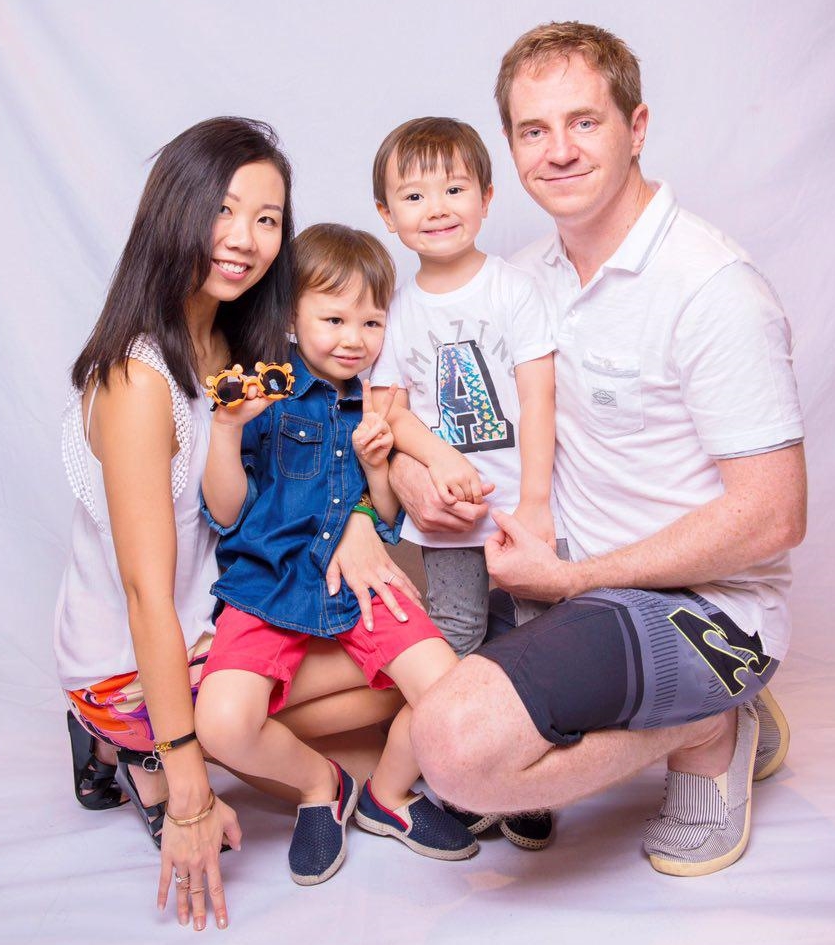 We even squeezed in a (very rare) family photo. It was a surprise, and done at the end of the photoshoot, so I look particularly disheveled and Chris looks distinctly tired (he hadn’t had his morning coffee yet). 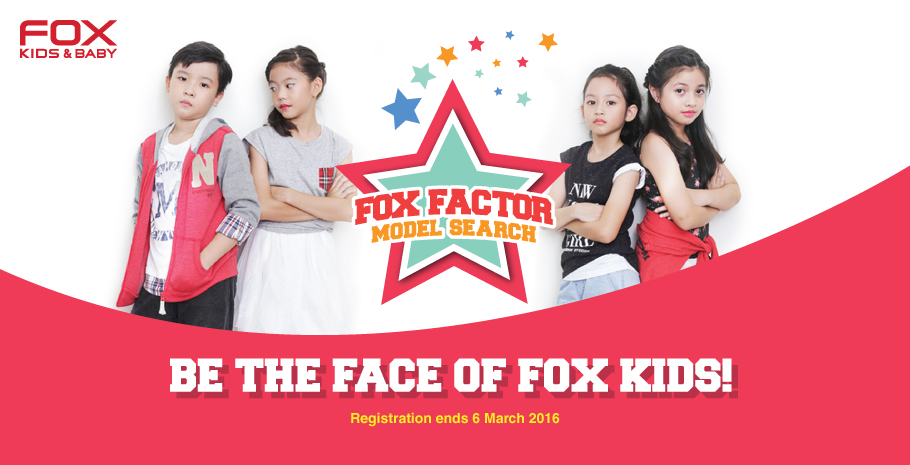 So Fox Fashion are holding a Model Search 2016, and would love for your kid(s) to join. Click through to find out more and your kid might win it. Good luck!

Thank you Fox Fashion, Abrakadoodle Art Studio and Hearted Moments for having us!