I was recommended the Swiss Museum of Transport but wasn’t terribly impressed with the sound of it.

A museum? About transport?

It kind of sounded like we would be poking around dusty and dirty vehicles, while some old person droned on and on about the history of it. Ermm… that didn’t seem too interesting to me!

As it turns out, it was actually AWESOME for the kids. We spent the entire day there, despite thinking we’d just pop in for two hours then head off for lunch. 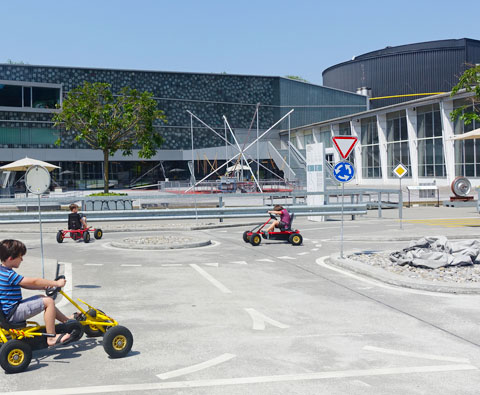 The central courtyard was H-U-G-E and had a variety of activities kids could participate in. One of the most appreciated ones was the pedal go karts. I think the kids could’ve been on these the entire time and been quite happy! 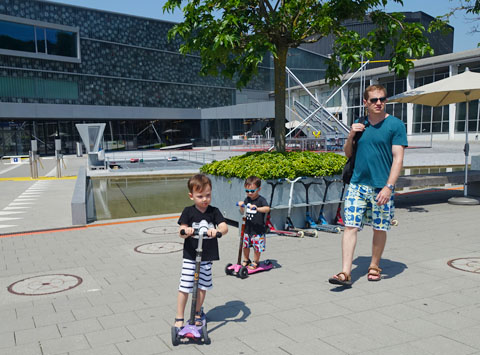 Since the court yard was so huge, they provide free scooters for the kids to ride around in. They had so much fun zipping around since it was all flat ground. They had scooters for adults too! 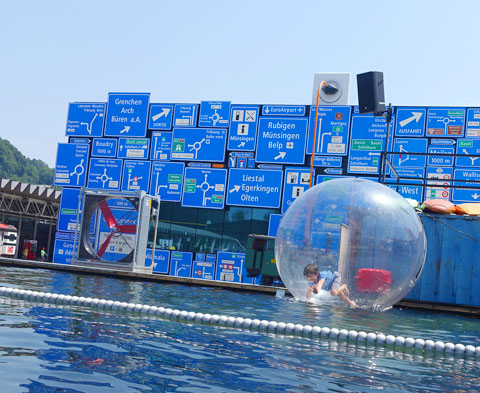 There are water activities like this big transparent ball, which is a lot harder than it looks. 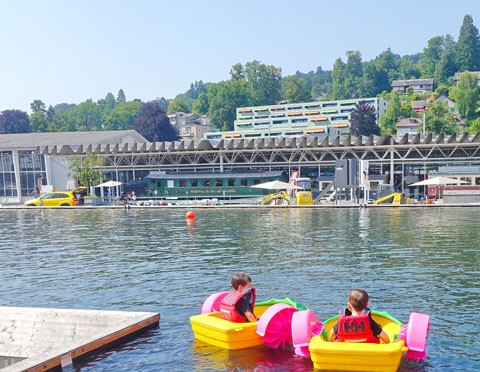 My kids liked these paddle boats the best, though. They are kid-sized, and simply turn the handles using your hands. It’s easy to steer, so they could easily move around. 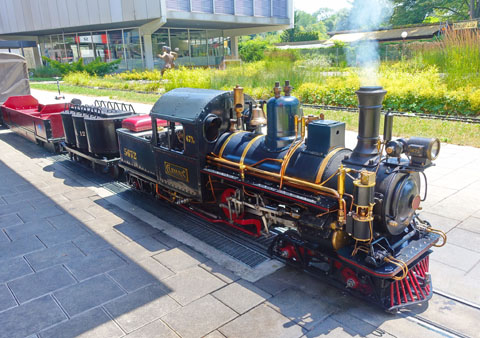 This was the STAR of the whole museum – a real life coal steam engine. It made choo choo noises, and huffed and puffed around the track. Best of all? Kids could sit on it! Mine pretty much had heart attacks in excitement, ran over and sat down, and went round and round and round with big grins on their faces. 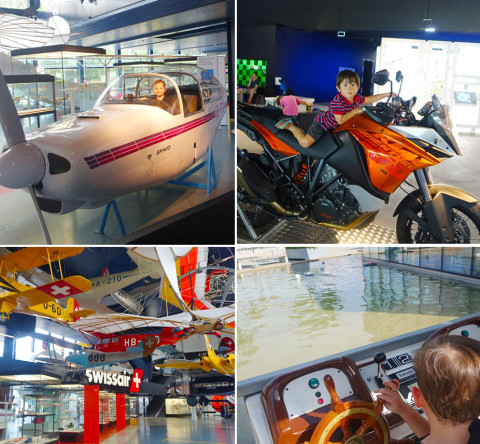 I didn’t get a chance to take many photos, because we were running all over the place. The Transport Museum is HUGE and divided into many buildings, so it easily takes a whole day. I actually found it really boring (ahem), but all the boys loved it. 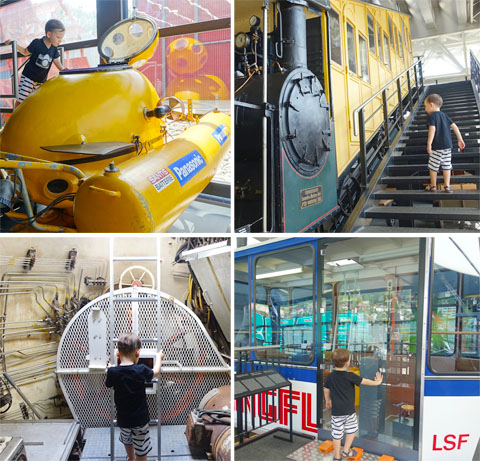 It was really hands on, so kids could enter exhibits, touch them, and learn all about transport. I’d say it’s perfect for ages 4 years old and up. 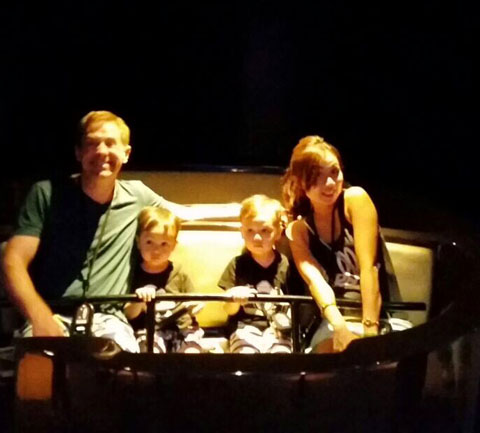 One sub area of the Transport Museum is the Swiss Chocolate Adventure, which is a bit odd as it has absolutely nothing to do with transport. Rather, you sit in a train/car and it spins all over the place as it takes you on an adventure on how chocolate is made. My kids were most delighted when, at the end, they shoot out Lindt chocolate truffle balls at you – yum!

The Transport Museum isn’t cheap, but it’s well worth it if you have kids that are into vehicles. It’s also a great way to keep the family occupied for a whole day, and the food there isn’t bad too.