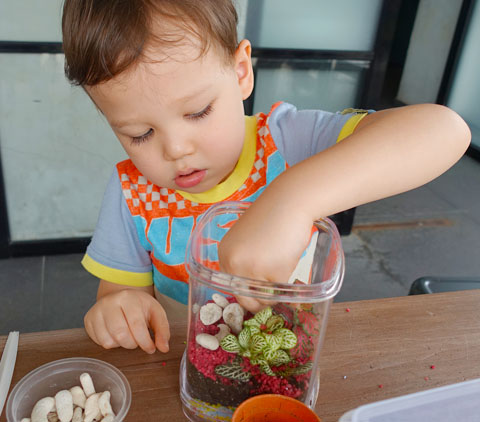 It’s the Summer school holidays so every parent I know here is going bonkers trying to figure out stuff for their kids to do. Well, THIS event is really tops – so much so that Hunter declared he had heaps of fun, and wants to go back. So he’s going back this week 😉 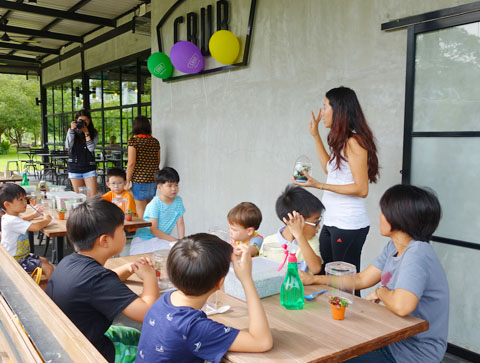 GRUB at Bishan Park is holding a series of Kid Workshops exclusively only during the school holidays:

They’ve engaged a professional company to run the workshop, and kids can bring home with they make. Best of all, it’s inclusive of a kid-friendly lunch at GRUB afterwards. 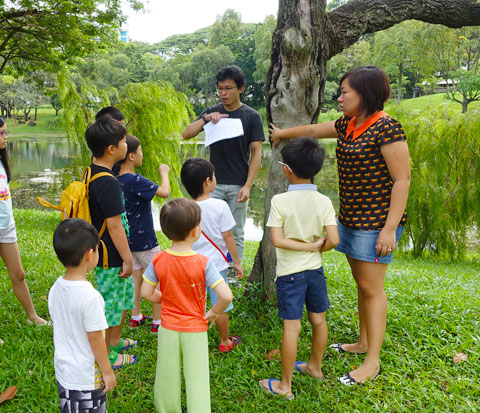 Hunter attended the Little Gardener workshop. I was really impressed that it started off with a guided tour around Bishan Park. I love anything that gets the kids outdoors and, better yet, learning about our flora.

Didn’t expect Hunter to pay attention as he’s interested in nothing else but vehicles, but.. he did. Good job, Hunter! 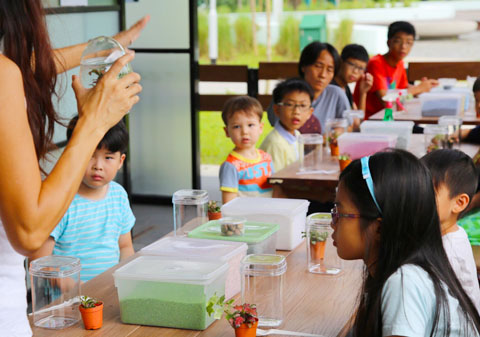 The event was all about making their own terrarium. It was well organised with the coloured sand and rocks available in big tubs, and spoons to scoop with. Each kid was given an acrylic box and lid which they could fill up and take home. 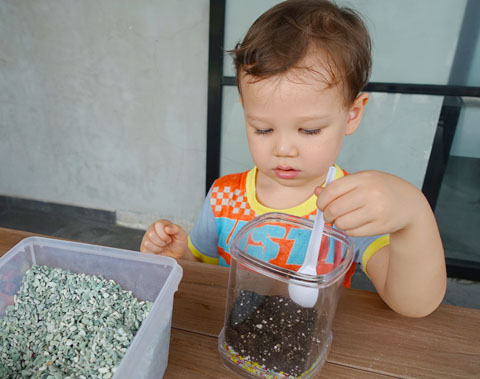 My kid is a perfectionist, so needed to make sure his terrarium was done just so. 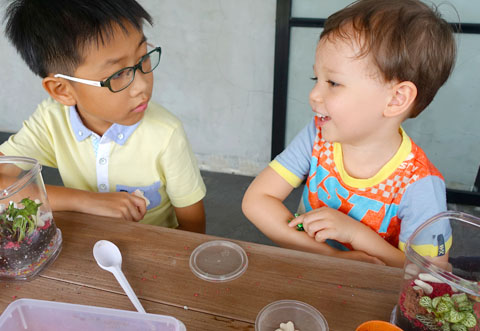 Having a gasbag with his cousin. Or rather, more likely telling him a tall story (his cousin looks kinda dubious!) 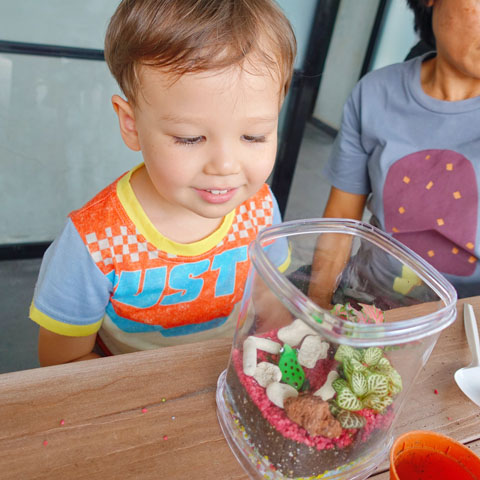 Pleased with his creation! 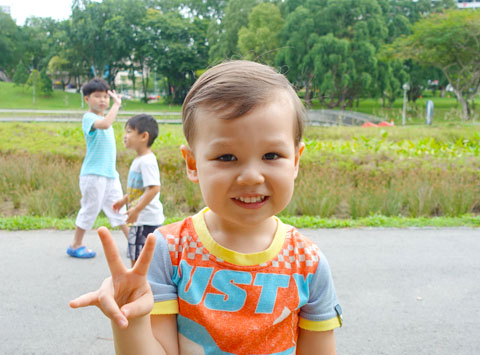 Hunter had a fab time so I’ve signed up for another of these events. I wish activities like these were more common – if only various places did them every weekend!