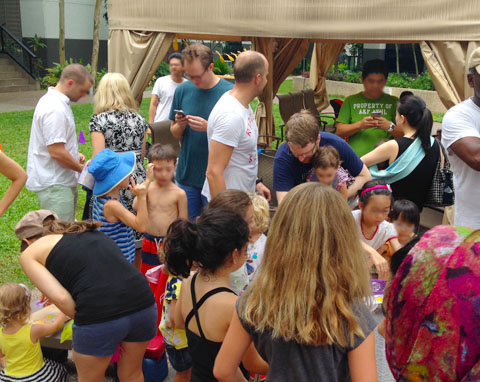 It was pretty epic!

A few of us ran around like busy bunnies moments before the party started, hiding away all 750 of those easter eggs. Almost everyone rocked up on time and the kids were all buzzing with excitement waiting for The Hunt to start. 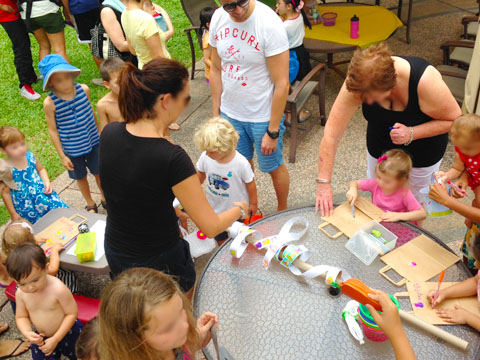 The kids got a chance to decorate their own Easter bags – they could draw on them with colourful markers, and also decorate them with heaps of Easter-themed stickers. 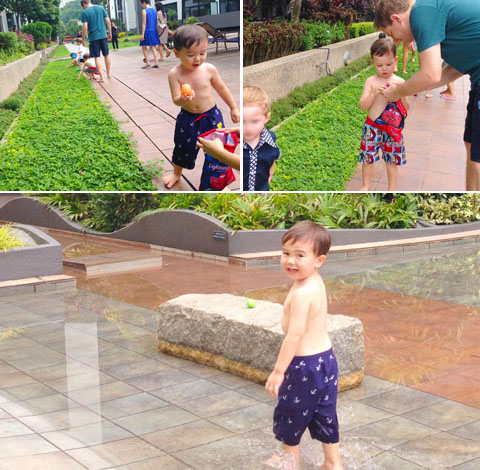 It’s the very first year my kids had participated in an Easter egg hunt, so they were brimming with anticipation. They really got into it! They scurried everywhere, searching for the (kinda obvious) eggs. It was actually terribly cute to watch 😉

I wish I’d taken more photos of the hunt itself, or even some videos, but I was one of the Hunt Monitors *ahem*!, so was mostly busy trying to keep an eye out on all the kids and making sure the little ones didn’t get eggs snatched out from under their noses by the older kids. But everyone played well together and each kid got a BIG stack of eggs to bring home.

I gave away the majority of their eggs, and only kept a handful for them to bring home! I know, I’m such a mean mum. But the thought of my young children gorging themselves on ten tonnes worth of chocolates and lollies really grosses me out. It’s so unhealthy and I don’t even think they taste any good! And, anyway, the kids haven’t asked where all their chocolates/lollies are since The Hunt, and have clean forgotten about them 😉 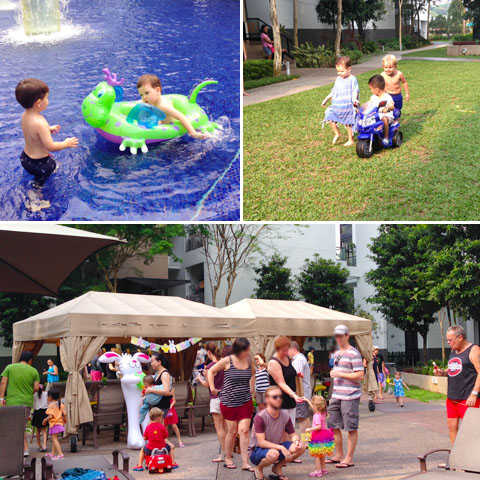 We chilled out heaps and all the kids had a great time running around, and jumping into the (very warm) water. It was a stinking hot afternoon…! 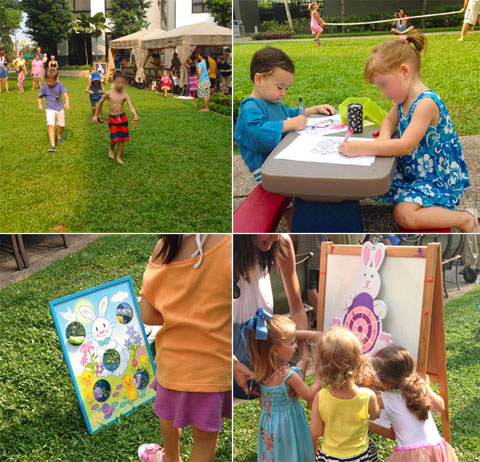 The kids had games like Egg and Spoon Race, colouring in, a bean bag toss, and a little ball toss game. All Easter themed and oh-so-cute! Everything was purchased online and shipped in for the party 🙂 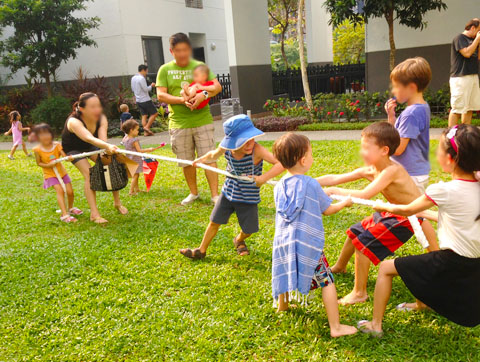 And, what I thought was the best game, Tug ‘o War! The kids really got into this, and there were countless games of this throughout the afternoon. And, for some reason, Hunter really liked this game – it was the only one he played.. over and over again!

So much fun to have an outdoor party with heaps of kiddy friends. We also had potluck, so we could feed the kids dinner and pop them straight into bed after the party. They totally zonked out within minutes. Woohoo!