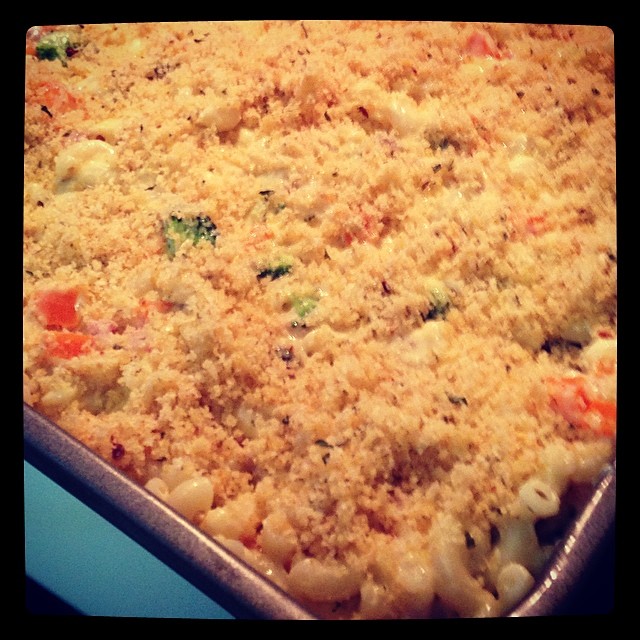 A good ‘ol macaroni and cheese is super easy to make. You whip up the white sauce in a pot over the stove, then pour it on top of some cooked macaroni. Whack in some ingredients, sprinkle on some cheese, and you’re done!

Except… it’s a carb fest and not exactly the healthiest. Though kids do love the stuff.

So I decided to make a healthier version, a Veggie-spiked macaroni & cheese! With a crispy breadcrumb top!

I added in loads and loads of chopped mushrooms, carrots and broccoli. Like, loads. So it was sitting at about a 50/50 veggie-to-pasta ratio. I sprinkled just a thin layer of cheese (since it’s the white sauce that really brings out the creaminess and gooeyness of the dish anyway), and topped it off with breadcrubs with some melted butter rubbed in.

Baked the lot for 15 mins and it came out smelling SOOOO GOOOD!!!

The kids gobbled up 2 big servings each, not even blinking at the oodles of colourful veggies dotted throughout. Mission accomplished!

This is Hunter having his mac & cheese dinner (though you can’t see it in the photo), with a slab of poached salmon in milk (one of their other staples). 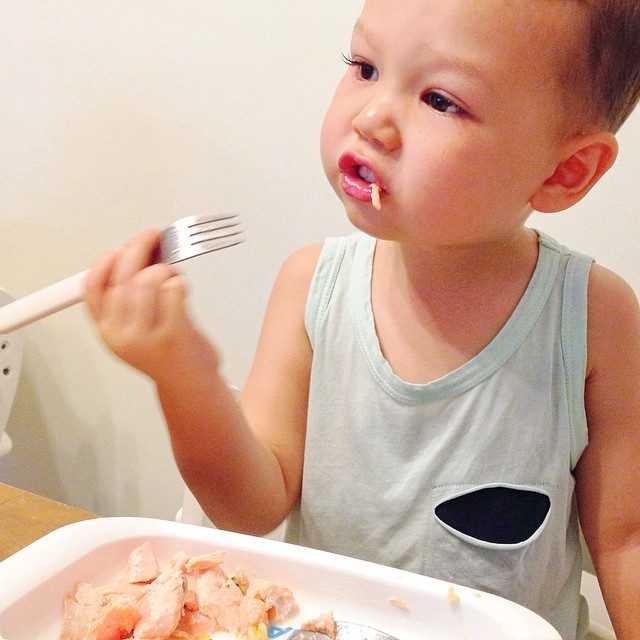