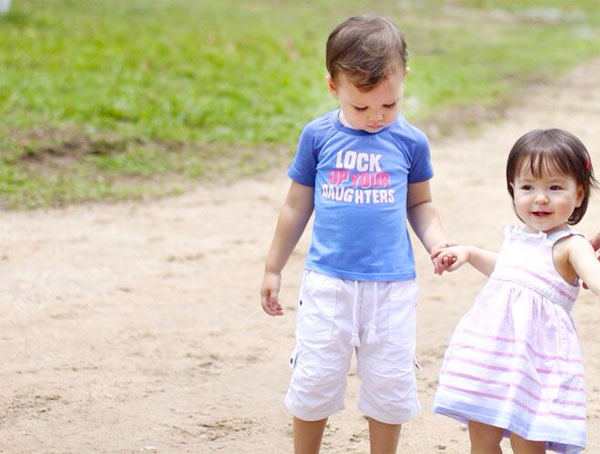 I adore this photo above. It captures a LOT, more than anyone can see in just a photo.

You see….. Hunter, for many months, was not a nice big brother to Carter. When Carter started walking at 12 months, Hunter suddenly viewed him as a competitor – someone that was no longer welcome in his world. He would proactively bully Carter (shoving, snatching toys, etc)…… aaaallll the way up to when Carter was about 18 months old. That’s SIX MONTHS of me always having to watch both of them like a hawk whenever they were together, plus a lot of tears (myself included).

It wasn’t a pleasant six months.

But, oddly and suddenly, Hunter snapped out of it. It was, literally, an overnight change. He woke up, and was sweet to Carter – he’d bring toys to Carter, pat him, and speak in a kind way. Nothing changed, except for something inside Hunter.

We all held our breath, thinking it wouldn’t last. But it did, and it has. It’s been going on for quite a few weeks now. Sure, they have their scuffles and tears, but all part of normal siblings growing up. And frankly, when I’m alone with the two of them at home, both are so damn ANGELIC playing and interacting together that it makes me want to cry tears of happiness to see my two kids happy together. It is sweet beyond belief.

Hunter has also never been kind to (or rather, interested in) younger kids. He will either ignore them, or… ummm… try and give them a sneaky push and be filled with amusement when they tumble – because just-started-walking kids really do look a bit comical when they’re shoved and tumble over (oops can’t believe I just said that!! Don’t hate me!).

So it was with COMPLETELY WONDER that we witness Hunter being extra-kind and extra-gentle to my friend’s 15 month old daughter, when we were out together a couple of weeks ago. He was sooooo sweet and whispered gently to her, trying to hold her hand, and showering her with tons of attention.

This is why this photo means a lot to me. It captures Hunter, gentle and patient, trying to hold a younger child’s hand and walking with her. I love it 🙂

Of course, Carter decided he wanted IN on the action too, and sneaked a kiss!! 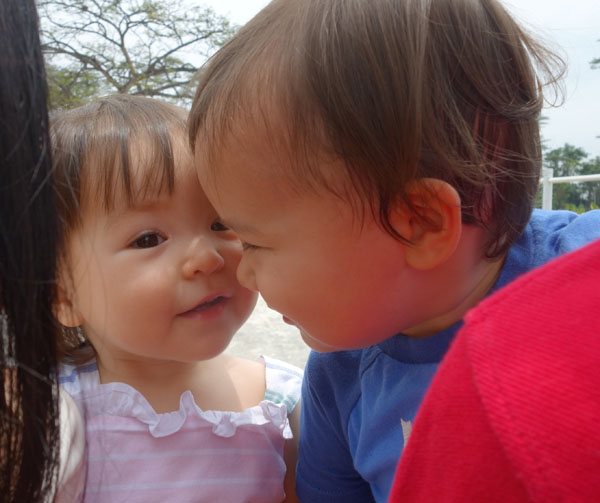 And, here, Hunter was patting her and going “it’s okay” cos she was nervous about sitting there and wanted to be carried by a parent. 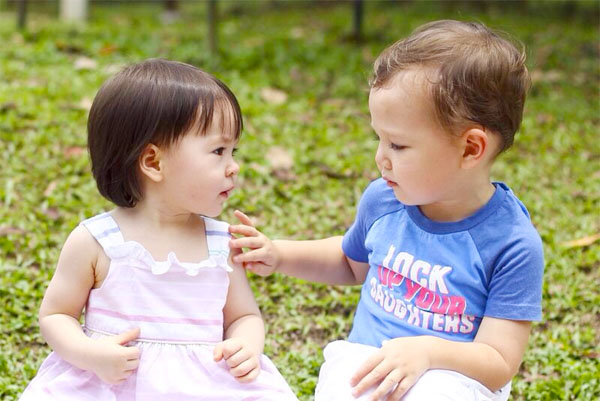 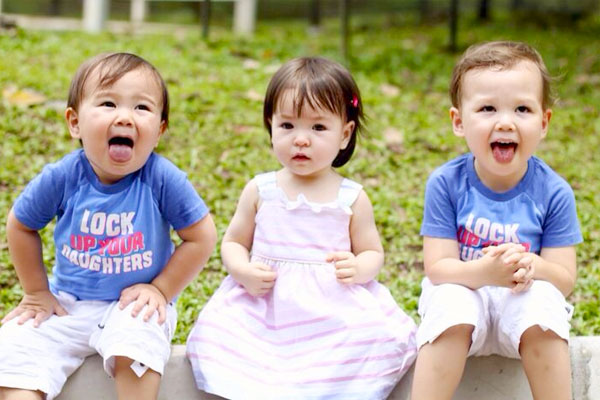 I think my kids look same-same but different, no? 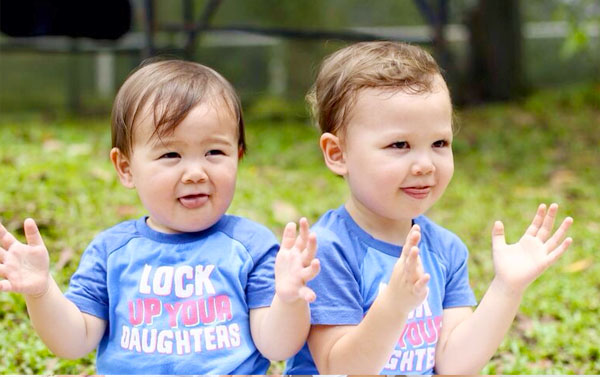 And, a family shot! With Chris and I looking delighted, and the boys looking not-so-delighted. 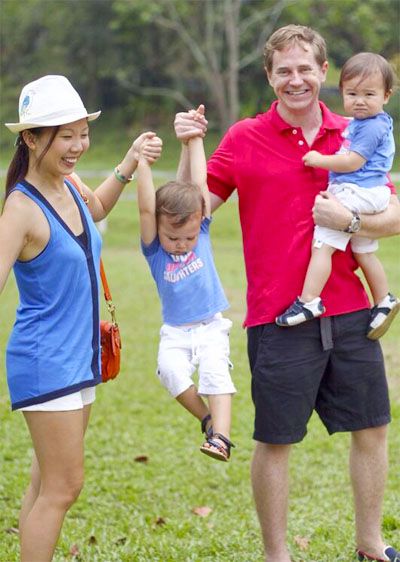 All photos captured with my friend’s whizbang camera and great photography skills. If anyone wants a family photographer……