Carter loves drawing on his little whiteboard during mealtimes. He draws wild and wonderful spirals and circles, and expects thunderous applause after each one.

Hunter, on the other hand, usually plays with a couple of his toy push-em trains and cars. But he’s been influenced by Carter in the past few days, and has been asking for his whiteboard too.

Then, he surprised me.

His favourite letter is now H, which he writes with much glee now.

Favourite numbers? 1, and 7. But only because it’s the only two letters he can write accurately 😉

He’s 3 years and almost 3 months old. I don’t know if this is considered good or bad for his age, since I’m not a child dev expert. I think it’s pretty in-line though. But it’s novel and exciting for me, because he’s really turning into a proper boy.. and not a baby! Can I still call him Baby Bear?? 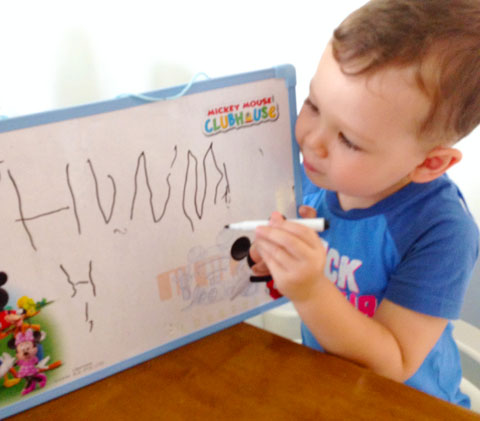 And then, he made a diamond-shaped playdoh all by himself, brought it to me, and said:

“Look, mama! I made you a diamond. Cos you like diamonds.” 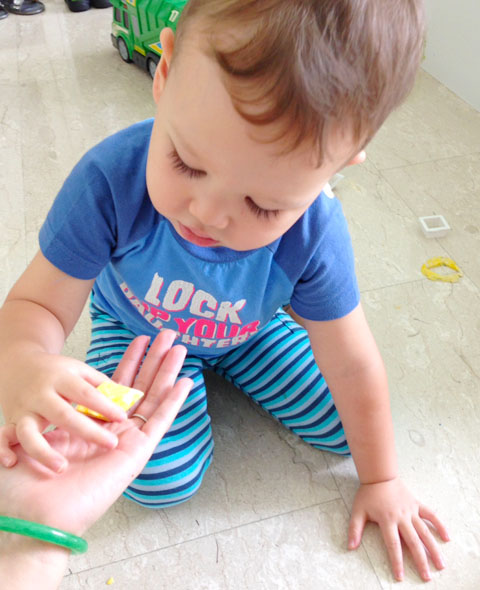 Just a random photo now of Chris, reading to the two (highly engaged) boys. No surprises as to what they are both obsessed with at the moment…….. 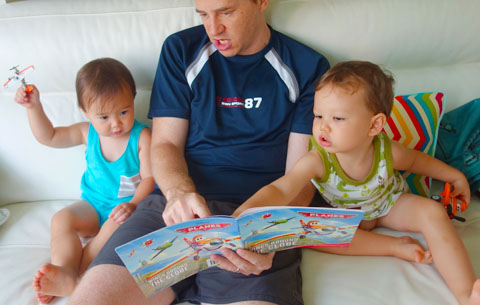 A precious shot of the kids, because it was so impromptu I barely managed to whip out my phone to snap the pic. They climbed onto the bed, held hands, and Hunter announced “Who wants to watch the Thomas show??” and they broke out into the Thomas theme song together.  It was just nice 🙂 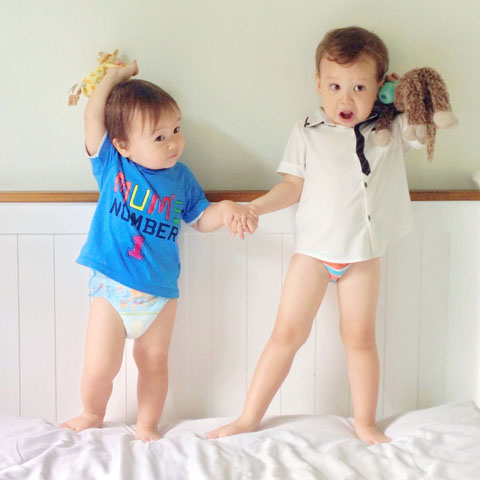 Previous WONDERLAND ART STUDIO – behind the scenes
Next MY DARLING, KIND HUNTER