Whiteman Park in Perth is about as kid-friendly as you can possibly get. It (easily) takes a whole day to cover, and we had just as much fun as the kids!

My gf brought her 3 boys along too, so we had FIVE BOYS running amok everywhere. Let’s just say it’s a good thing the entire place is outdoors and kid-friendly, so there was zero fuss or boredom 😉

The kids were particularly delighted with Caversham Wildlife Park, which is situated within Whiteman Park (which is huuuuuge, btw). The best part about it was the “Meet The Wombat and Friends” show, which turned out to be not so much a ‘show’, but rather hands-on touching of the animals and chatting with their minders. It was super cool! Oddly, the wombat was just one of many animals there, so not sure why they call it “Meet The Wombat”?

The gorgeous, slithery snake. I love snakes, I love how cool and smooth they feel, and how serene they are. I just find them kinda cute, you know??

Hunter was enthralled by the snake, though, being the littlest, he got to hold “just the tail bit”. Haha!!

Carter and the snake had a bit of a face off, with both wondering if each other was edible.

And, yes, we did meet the wombat! He was kinda GIGANTIC. And didn’t really move much. He was basically like a big fat sack of fur. Just as well, because he dealt with all the kiddy hands grabbing at him pretty well. 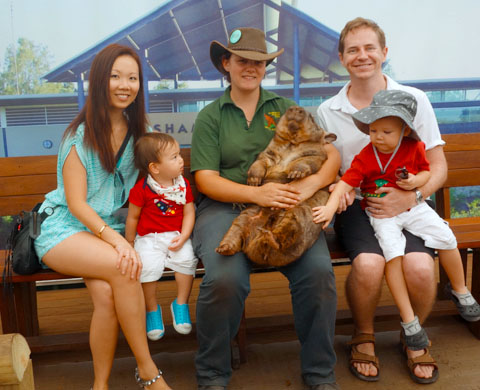 Kangaroos roam around Caversham Wildlife Park and are super friendly. Mainly because feed is provided for visitors to give them a snack! The Farm Show was also really entertaining. There was sheep shearing! But the cutest part was the kids being called up, and feeding lambs from milk bottles. Cuteness overload. 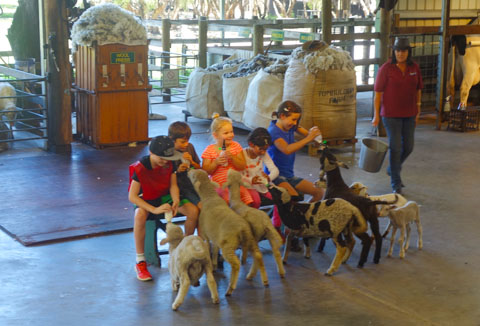 Back out at Whiteman Park, we discovered a real vintage tram ride!! Obviously, all 5 boys wanted a go on it. We enjoyed a 4KM ride through all the greenery, and spotted animals along the way. It was quite a nice chill ride! 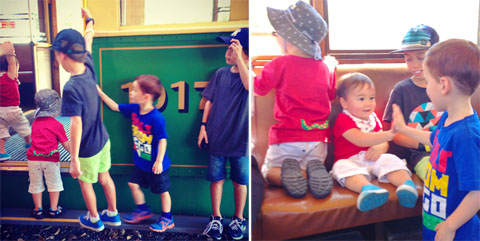 And, midway, we hopped off to check out the Train! It looked a lot like one of those Thomas trains, and is guaranteed to blow every little boy’s mind. Actually, I thought it was pretty cool too! 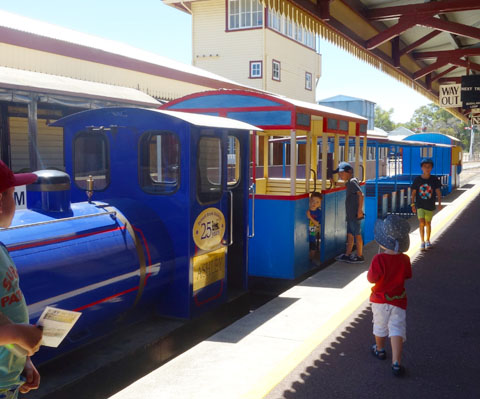 We were all hot and bothered by then, so we had the bright idea to chuck the kids into the water playground. A fab idea, as it cooled them off and they zonked off in the car afterwards.

I particularly like this photo below, because I look like a crazy Mum, jamming the hat on Carter’s head as he totters over to the pool! I’d go back to Whiteman Park for sure if we’re back in Perth. We only covered a fraction of it too, there are a ton more attractions that we missed, doh!!