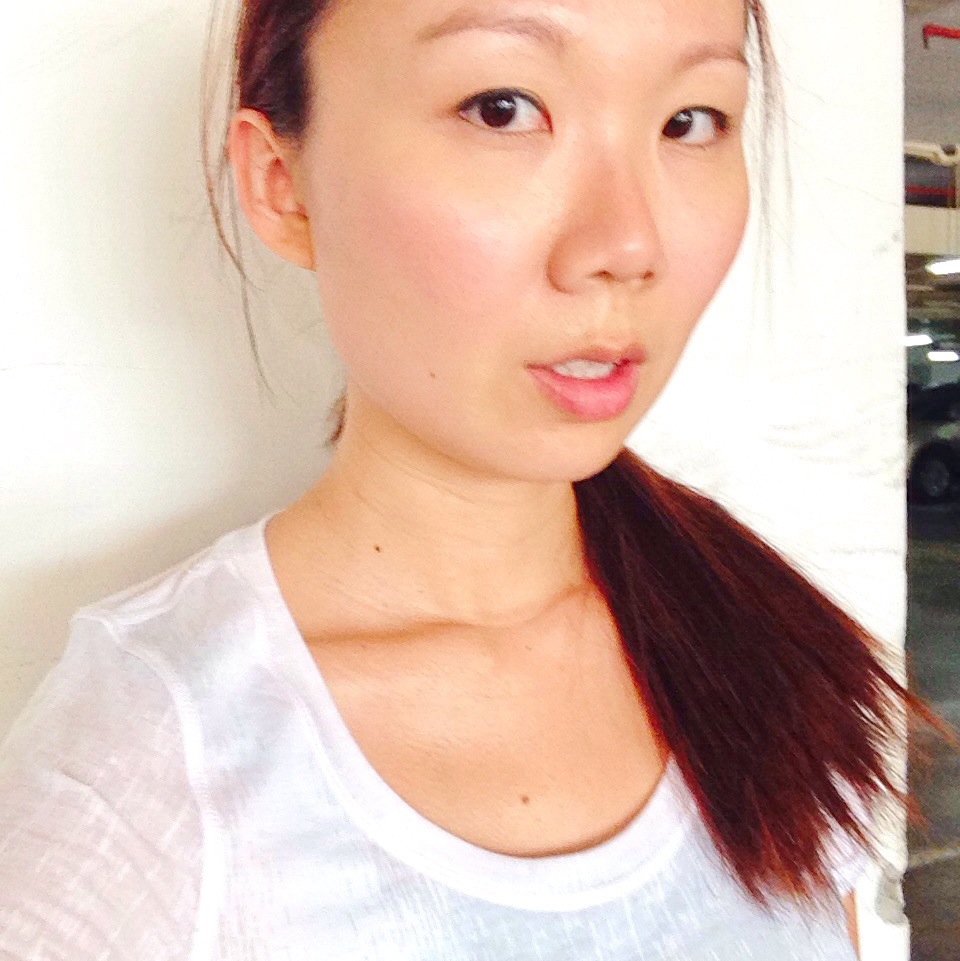 An extremely rare (ie. first and probably last time) I’ll post a bare-faced photo of myself here on my blog. I’m generally waaaay too vain to do crazy crap like this 😉

But there’s a first for everything, right??

I haven’t really exercised in… errrmmmm…. almost 4 years.  My rationale was that I’m naturally pretty thin, and naturally super flexible (which is often misconstrued by people as being ultra fit), so I never really had a good (ie. vain) reason to exercise.

You see, I’ve always been 45KG for as long as I can remember – probably since early-teens. I couldn’t gain weight, I couldn’t lose weight. After I gave birth, I popped back to 45KG in two weeks. But then…… something mysterious happened in the past few months, where my metabolism packed up and went bye-bye.

I became that typical female, that kept. putting. on. weight.

I watched my weight creep up, and up, and up. Right up to 48KG. But that wasn’t what made me panic. It was the fact that I was visibly fatter. Like, a LOT fatter. You’ll know what I’m talking about if you’ve been friends with me for awhile, and have seen me in the recent weeks. No, I’m not obese or heavily overweight, but I am definitely fatter than before – by a long shot.

So I just got sick of it and decided to exercise my ass off. It coincides very nicely with my kids going to drop-off playgroup! So I’m going to get a routine of jogging every Monday and Friday mornings now, when I’m kid-free.

On my first run, I did 3.5km (which is not bad), over 30 mins (which is as slow as a snail). To give me credit, it was over an extremely hilly area – my ass and thighs were on fire the next day!

On my second run, two days later, I did another 3.5km, still over 30 mins, but over flat ground. Didn’t wanna do hills again just in case I kill myself.

I’m taking small steps. But I’m getting there.

I feel AWESOME! I don’t do things half-assed. So I’m all chomping at the bit to get exercise in, and I want to stay committed until I’m back down at 45KG… then I’ll see what to do from there.

I know a whole bunch of you also have the Exercise my ass off new years resolution…… so HERE’S TO US!!!! And smaller asses!!!!!!

OK total change of topic, but here’s a video I adore of Carter 🙂

Good to kick yourself into gear, but don’t stres. 48 kilos is my left leg. 😉 find a workout group, more sustainable, motivating and fun.

I’d love that, but it’s too hard for us mums to coordinate, especially since I need to stay very close to the kids’ playschool so I can pick the up in time. Doh!!

You’re so funny. Here’s to you and your already tiny ass xx

Haha thank you for the vote of confidence, my dear friend!

You’re so funny. Here’s to you and your already tiny ass xx

Eversince I had my first child my thyroid decided to give up and I was putting on weight even though I ate next to nothing! Now I’m on medication so it helps but it’s sooooo hard to lose weight unless I starve myself and I love food too much! Exercising just isn’t my thing and I tell myself that running after 3 kids (all under 3yrs old) is exercise enough! Haha I applaud you that you can run 3.5 kms! Well done! I never run. I would fall flat on my face and die if I tried 1km! Lol I was 45kg and was like that for a long time too. Now I am 50kg and I’m happy:) But I’m aiming for 45kg too! Looking at Jessica alba photos keeps me motivated!

I’m with you – starving yourself is NO FUN. I just can’t do that, so I”ve gone down the exercise route instead.. that’s better than nothing right?

Erm and with 3 kids, I think no one faults you for not exercising, heh!!